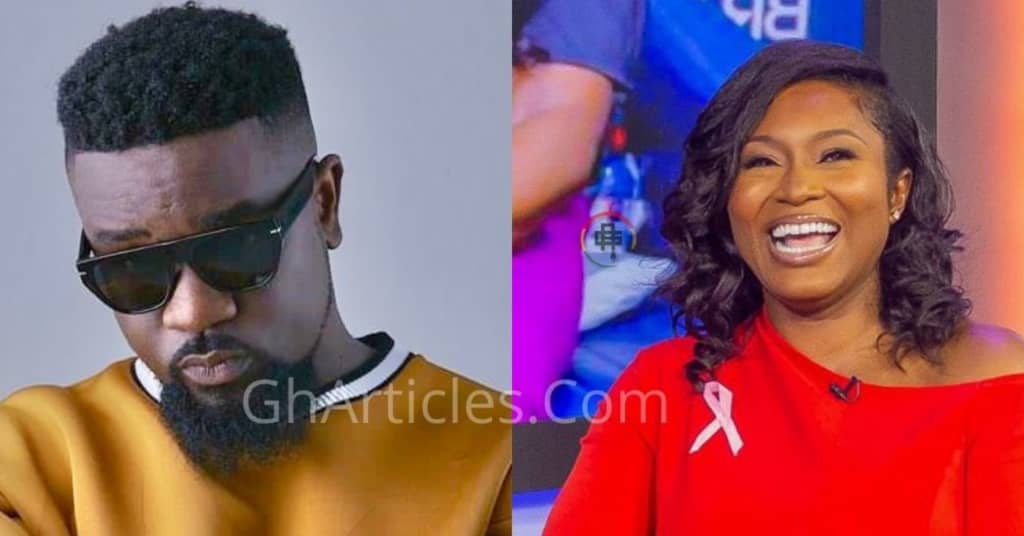 Sarkodie in an interview with OnePlay revealed that he had to shelf an album he was working on due to his inability to withstand the shocks of a heartbreak he suffered.

According to him, his lover broke up with him unexpectedly which left a sour taste in his mouth about women and also led to the abandonment of his album.

Sarkodie added that the album was done, but it never came out due to how his emotional and psychological health had deteriorated following a heartbreak.

“There was an album I did, which never came out. That was possibly my first album with Sugartone. One of the songs were played on Adom FM and that was all, the album didn’t come out,” he said.

Sarkodie added that he realized upon completion of the album that he was saying the same things but in different ways.

His lyrics were similar and conveyed the same message of pain he had sustained due to the heartbreak…his dislike for women at the time influenced his rap and the tracks on the album.

“I realized everything I said on the album was similar due to my dislike for women. I berated women throughout the album and that was because I had a seriously broken heart,” he said.

With that said, Tracy, his wife has kinda taken the blame for probably being the one who caused Sarkodie some emotional trauma. In a retweet, she said she still has the album and clearly understands how far they have come as lovers.

Tracy was Sarkodie’s longtime girlfriend during his high school days long before he broke through the ceiling of prominence. Although Sarkodie was struggling then to get his footing in the music industry, Tracy has always stood solidly behind him.

However, it appears either Tracy broke his heart and later got it mended or Sarkodie was referring to a secondary relationship he was in before or after meeting his wife.

“Who Is Being Exposed Now?” – Efia Odo Questions Dr Bawumia On The Speed Of The Cedi Against The Dollar

Rapper Medikal Cuts Down Friends On Instagram; Follows Only 5 People Including Fella And Shatta

THIS IS TRENDING:   Don't Beg People To Love You, Use Juju On Them - Hajia Bintu

THIS IS TRENDING:   Davido Performs At Chioma's Sister's Wedding Amidst Breakup Rumors