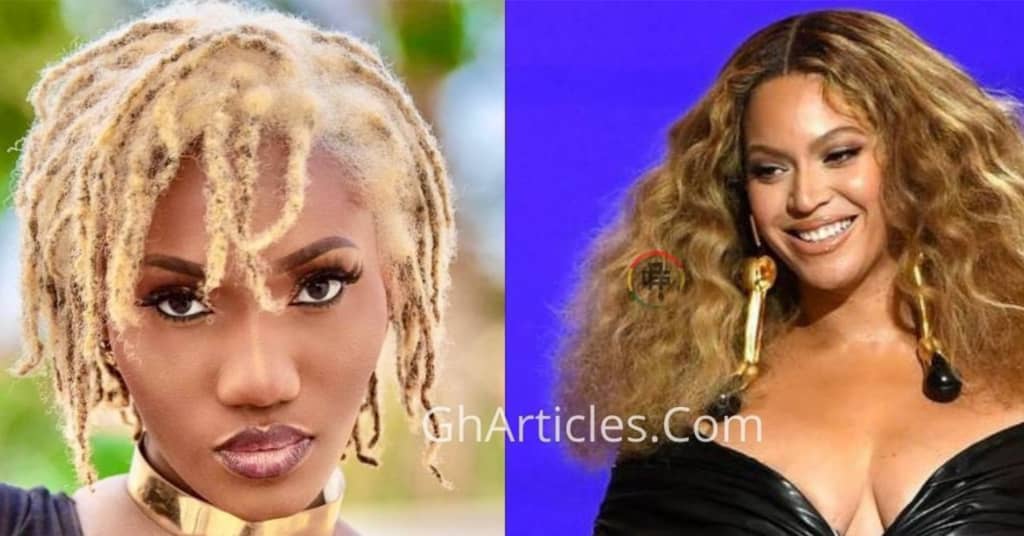 Multiple award-winning singer, Wendy Shay has called on American singer and songwriter, Beyonce to link up for a remix of her latest song ‘Heat.’

The Rufftown signee is part of a Ghanaian team of musicians who poised to set New York on fire through their talents for the upcoming “Ghana To The World Concert.”

Soon after her arrival in New York, Wendy Shay quickly jump on her Twitter page to beg the Grammy Award winner for remix of her hit song ‘Heat.’

In a tweet sighted by GhArticles.com, the Uber Driver hitmaker wrote; “Just landed in New York City @beyonce let’s link up and do HEAT remix.”

THIS IS TRENDING:   Cecilia Marfo Cracks Ribs On Social Media After Attempting To Sing a Popular Gospel Song But.....(Watch)

She tagged the American singer and wife of rapper Jay Z, which shows that she is serious on collaborating with her to even make the song go viral.

Speaking about the HEAT song, Wendy Shay recently took to the streets to promote the song.

The Rufftown Records singer was seen at her favourite beans joint buying the road-side food to depict how hard the economy has become.

THIS IS TRENDING:   Love Is Sweet: Akufo-Addo’s Daughter And hubby Cause Stir As They Chop Love On Yacht

The gesture stems from her new ‘Heat‘ song which throws light on how people are struggling to put food on the table.

Instead of a lavish restaurant, Wendy opted for a local joint because she doesn’t have the means to afford certain things though she is a top musician.

Meanwhile, her latest Heat song is currently trending number three on YouTube. The Uber Driver hitmaker has equally garnered numbers on other music-streaming platforms since the song made a debut.

Related Topics:BeyoncéGhArticlesgharticles.comHeatWendy Shay
Up Next

THIS IS TRENDING:   Love Is Sweet: Akufo-Addo’s Daughter And hubby Cause Stir As They Chop Love On Yacht

THIS IS TRENDING:   Henry Quartey Donates Part Of His Salary To TT