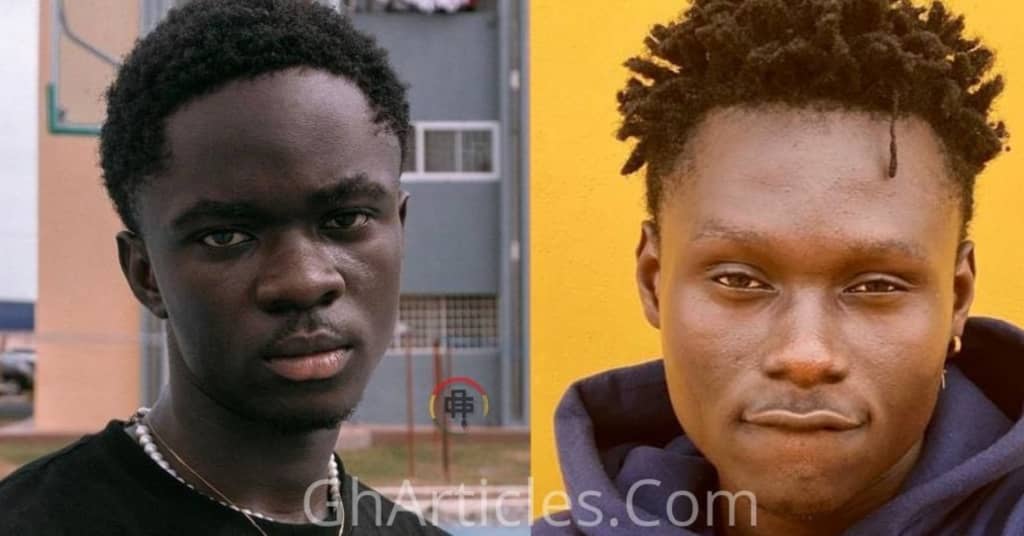 Sore hitmaker, Yaw Tog has been spotted exchanging pleasantries with his fellow Kumerican rappers JayBhad and the Asakaa Boys following their recent beef.

Recall, the young talented rapper from Kumasi did not feature JayBhad and the Asakaa Boys verse on his Sore remix song he featured Stormzy and Kwesi Arthur.

This raised eyebrows from his fans who questioned his relationship with the Asakaa Boys.

Although fans were excited about the remix featuring Stormzy and Kwesi Arthur, the could not help but wonder and question why O’Kenneth, City Boy, ReGGie, and Jay Bhad were not included.

After feeling the pressure, he seemed to have no other option than to explain. “I didn’t sign their record label deal and it came out from them since I didn’t sign their deal they can’t work with me again and things started from deleting of my verses and stuff they did together,” he said in a tweet.

“I think I need to clear this am not beefing anyone in this music thing yeah I did a song with the Asakaa boys and it was for love thing and support and fine I can’t ignore the Asakaa boys in my story telling cause they part of my success story. #SoreRemix,

However, it seems the Yaw Tog and the Asakaa Boys have buried their beef and have finally spoke peace pipe together per a video sighted by GhArticles.com.

In video seen, Yaw Tog, JayBhad and the Asakaa Boys who are poised to perform at the “Ghana To The World Concert” in New York City were hanging out to show their deep love and support for each other although they are no longer partners.

THIS IS TRENDING:   Afia Schwar Gets New Job With Wontumi FM As Presenter; Fans Congratulate Her

The Kumerican rappers met each other at New York City as they were seen coming out from the vehicle which took them to the hostel.

Wendy Shay was also seen the video which is making around on social media.

Wendy Shay Arrives In US; Begs Beyonce For Remix Of Her Hit Song ‘Heat’

THIS IS TRENDING:   Legon Student Accuses Fameye Of Theft And Assault; Musician Reacts