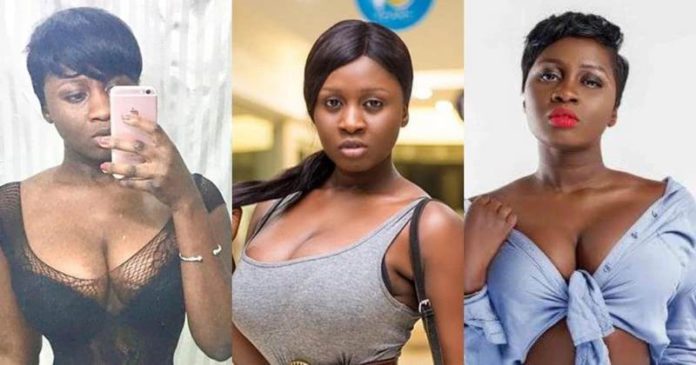 Ghanaian based Gambian actress Princess Shyngle has taken to social media to declare that she is a jealous partner.

According to her in a post on her IG page, if she ever gets married and suspects that her husband has been cheating on her without being caught, she will frame him.

She conceded that she will let someone who is hot and sexy seduce her husband.

She also added that if she wins she honestly doesn’t even know what to do.

She revealed that she is a jealous partner and intends to work on it before she ever tries to date anyone again.

“I’m such a freaking jealous partner when I’m in love and it sucks lol 🤣😂. I guess I need to work on that before I ever try to date again 😂🤣😂” she posted.

Related Topics:GhArticlesgharticles.comPrincess Shyngle
Up Next

READ ALSO:   'Sarkodie's Wife Is Not Wise, I Won't Apologise For Insulting Her' - Patapaa (VIDEO)

READ ALSO:   I Will Support Shatta Wale All Day And All Night - Nana Aba Anamoah