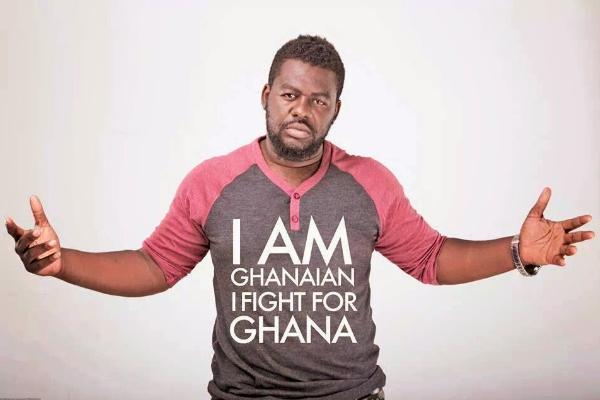 Some people are angry with the Black Stars because they fared poorly at the Africa Cup of Nations.

The Bulldog is enraged with the government for sponsoring the squad and investing in football.

The outspoken manager and showbiz expert believe that the Ghanaian government should not invest money in football. They should put the money on music and hospitality instead.

In a Facebook post, Bulldog stated, “It’s about time we quit squandering our taxes on sports, especially football,” and instead invest entirely in the music and hotel industries.

All the plaudits and accolades Ghana now enjoys out there on the globe are owing to our entertainment and tourist business, he claims. Hospitality and entertainment generate a lot of money and contribute a lot to the country’s GDP. “

Stop wasting money on football right now! “Invest in the arts,” he said at the end. Bulldog joins the ranks of Shatta Wale, KiDi, Stonebwoy, and other showbiz figures who have expressed dissatisfaction with Ghana’s national squad.

THIS IS TRENDING:   Rev Obofour Crowned As Chief Of Ga Sempe (Video)

The Ghanaian national football team has been eliminated from the current African Cup of Nations event, which is taking place in Egypt. The team came last in the group stage after losing 3-2 to Comoros, and so had to leave the competition. 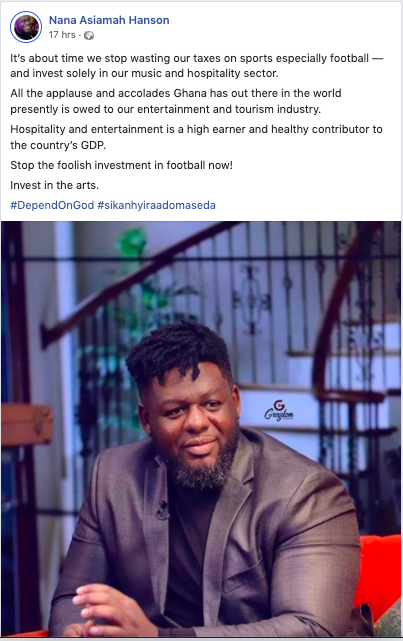 Marlene: Popular ‘Things We Do for Love’ Actress Dead

“Let’s Have A Heart For TT, Let’s Not Be Harsh On Him” – Actress Yvonne Nelson Says

THIS IS TRENDING:   I Will Never Approve An Alcoholic Brand Or Betting Company – Jackie Appiah