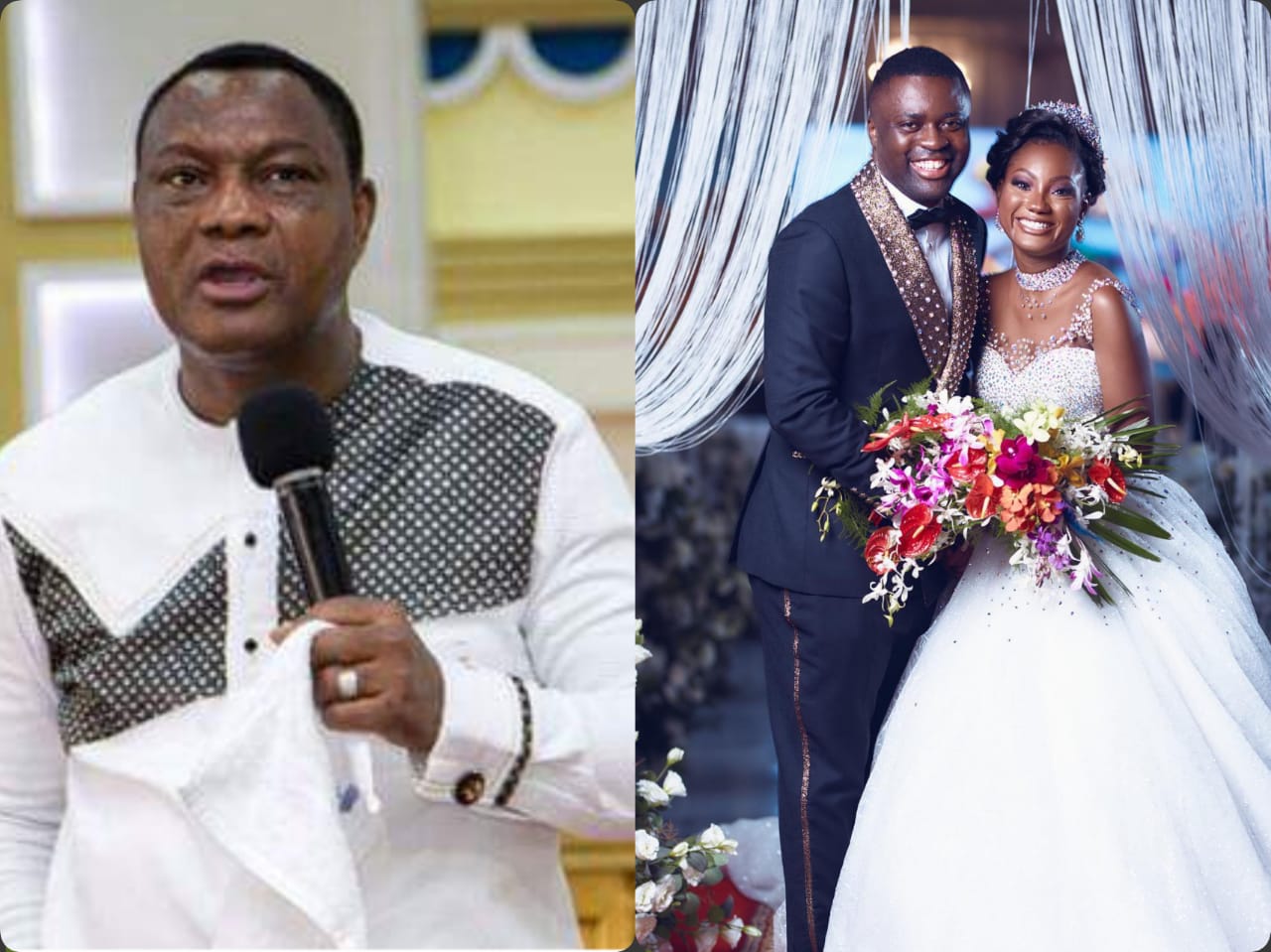 The Founder and Leader of the Royal House Chapel International church, Apostle General Sam Korankye Ankrah has explained that the $1m gift to her daughter was a faith cheque.

The renowned man of God reaction comes shortly after the GRA summoned his daughter to collect their share.

The GRA is on the heels of Naa Dromo to collect tax on money she reportedly received at her wedding as a gift.

One of the big talking points from the wedding of Naa Dromo and Nana Nimo was a supposed wedding gift of one million dollars the bride received.

It will be recalled that during the wedding reception, Naa Dromo’s friends made the announcement of the one-million-dollar gift.

In a video sighted by GhArticles, Naa Dromo’s friends were spotted grouped to one side with some holding a dummy cheque.

One of the ladies took the microphone and explained that they used to present household and kitchen items like earthenware, pestle, among others, but they have gone higher now.

Following the news of the amazing wedding gift, the GRA wrote to Naa Dromo to make enquiries and guide her to pay tax on the gift.

In the letter dated July 15, 2021, the GRA referred to the one million dollars wedding gift and other businesses of Naa Dromo.

The letter asked the newly-married young woman to visit the GRA’s office on July 23, 2021, for a discussion, in order to avoid any possible sanctions.

However, Naa Dromo’s father, Sam Korankye said the cheque was an act of faith money given to his daughter and it was not real money.

He explained that the dummy cheque was given to his daughter by her friends who belong to the second generation young ladies under the Royal Ladies Ministry.

“They presented the dummy cheque of $1million to their friend (Naa Dromo), unfortunately, some people did not catch the idea of the presentation because it was real money that was presented. And quickly they turned the headlines,” he explained.

“The cheque was a faith cheque, not a real cheque, these young people are saying one day they believe God that on occasions like this they will be able to present a cheque of $1m, that’s the statement they are making,” Apostle General stated.

He concluded that as a father and a prophet he can’t say what they did was ‘fake’ or for fun or joking because what seems like a joke may one day become a reality. 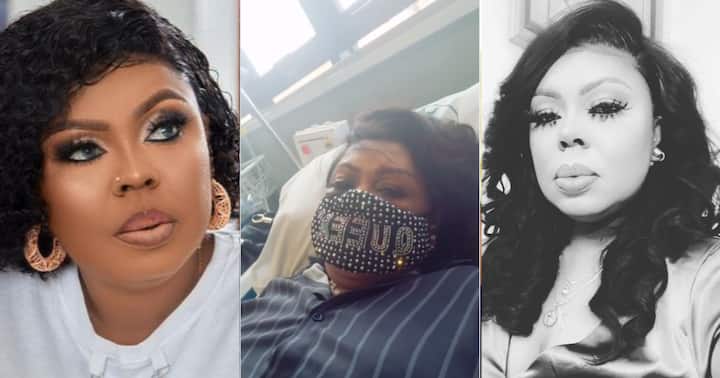 Ghanaian actress Afia Schwar is said to have been rushed to the hospital after suffering an illness.

She is reported to have displayed symptoms similar to those of COVID-19.

In the video sighted by GhArticles.com, Afia is seen laying in her sickbed with her nose mask intact.

Reaction Many people have reacted to the video and wished Afia Schwar well.

See some of the reactions sampled below;

oheneyere_gifty_anti: “Oh please get well soon. Praying for you. That bed is not your portion.

abeikusantana: “Prayers going out for you.”

vickyzugah: “You’re healed IJN.” nanayaabrefo: “is u will be healed in Jesus name.”

se.twenty: “You will be well IJN. Sending prayers and strength. 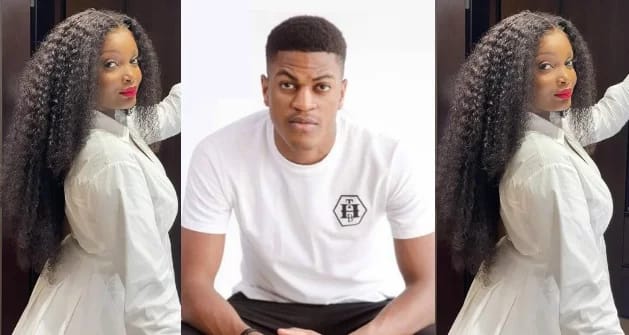 The Africa Glitz Fashion Week took place in Accra over the weekend, and Nana Akua Addo was the star of the event.

Sharaf Mahama and his lovely girlfriend, Jasmine Djang, who is a UPSA graduate and the winner of 2020 Miss Malaika beauty competition, also made an appearance.

The two have expressed their love for each other in a succession of images and remarks, and all indications are that they are still going strong.

See her photos below; 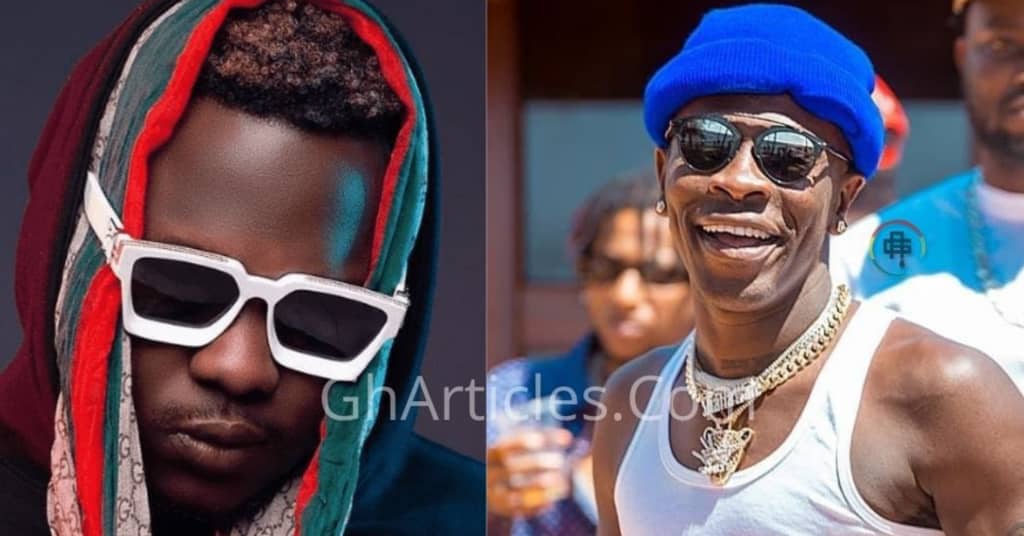 The two musicians were granted bail today in separate cases. Shatta Wale was on remand for publication of false news for staging report that he was shot.

Rapper Medikal joined him later at the Ankaful Prison after he was arrested for brandishing a gun on social media.

Today, both Shatta Wale and Medikal were granted bail in their respective cases by an Accra Circuit Court. The dancehall act is to re-appear in court on 9th November for his adjourned case to be heard.

The ‘Omo Ada’ rapper is also to reappear in court on November 9, 2021. The musicians who are friends after going through the bail process to be released from the Ankaful Prison headed over to a beach for a ‘spiritual cleansing’ bath.

Some people hold the belief that after anyone comes out from prison, they must have a sea bath to wash away any bad omen before they are incorporated into society.

Shatta Wale and Medikal accordingly did this at a beach in the company of their close friends and family. Watch the video below of how it went down.