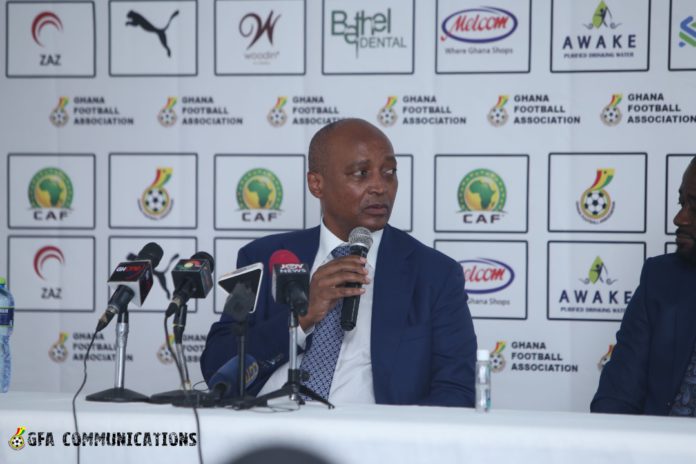 President of the Confederation of African Football [Caf], Dr Patrice Motsepe, believes Ghana is capable of winning the World Cup at senior level.

The West African country, after making a maiden appearance of the Mundial in 2006, played in the quarterfinals of the global showpiece in 2010 in South Africa for the first time, a performance that has been described as the best in the history of the country.

Dr Motsepe, who is on a two-day visit in Ghana, speaking to the media on Thursday, expressed trust in Ghana’s chances of winning the Mundial.

“Ghana has produced some of the best footballers in the world,” he said.

“This country has the talent and resources to produce a national team that can win the Afcon, but also win a World Cup.

“African football is one of the best in the world. We are confident African nations will do very well at the World Cup in Qatar [next year].

“We must stop being excessively pessimistic and negative (about the World Cup), there is no continent that has succeeded by dwelling on its failures. An African team must win the World Cup in the near future.

“Very soon Ghana will be dominant on the African continent. Ghana must always be at the apex of the sport,” Ghana Football Association president Kurt Okraku said at Thursday’s press conference.

THIS IS TRENDING:   The GOAT Messi Makes PSG Debut In 2-0 Win As Mbappe Scores Brace

In 2014, the Black Stars shockingly exited from the Mundial at the group phase, making it the worse performance in the history of the country.

The West African country, however, failed to book a place in the 2018 global showpiece in Russia.

The Stars, now under new coach Milovan Rajevac, are currently in the running for a possible spot at next year’s World Cup in Qatar.

Related Topics:Dr Patrice MotsepeGhArticlesgharticles.com
Up Next

THIS IS TRENDING:   All You Need To Know About Chris Hughton

THIS IS TRENDING:   UCL: Messi Scores Superb First PSG Goal In Win Over Man City
The Black Stars booked their place at the quadrennial tournament on away goals following a 1-1 aggregate score against West African rivals Nigeria in March.
“I shall surely be in Qatar but maybe a pundit or let’s see,” Gyan added.