Hiplife artiste, Peter Famiyeh Bozah, famed as Fameye, has debuted his new look after cutting off his dreadlocks.

Fameye, in an Instagram post, said he has taken up a new identity as Saint Peter, a part of his rebranding.

This is after he released his first full gospel song, Praise which is currently making waves outside the shores of Ghana.

In the photos the father-of-one posted, he could be seen in a semi-low cut which was still giving the dreadlocks feel, as his hair was still not combed out.

He was seen rocking a vintage two-piece men’s wear and corporate shoes, while holding a glass of beverage.

His fans, including celebrities, have appreciated the new look, with a few tagging him as classic.

See the photos below; 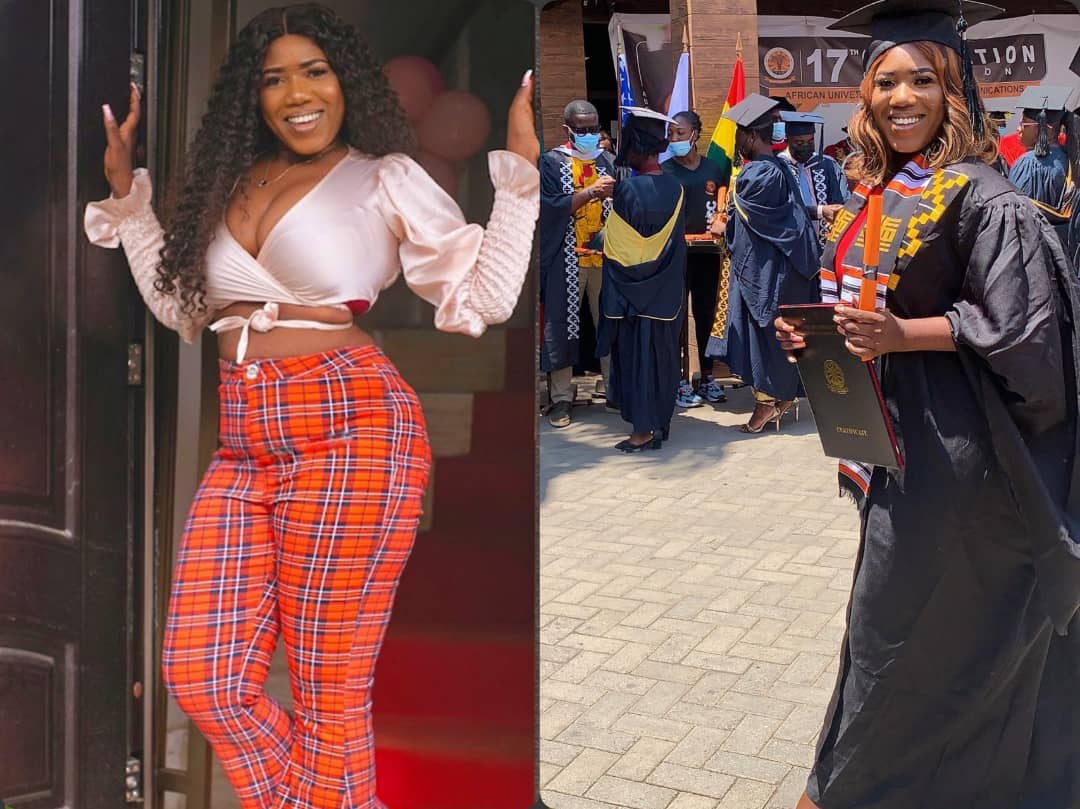 Actress and media personality Victoria Lebene has bagged a Bachelor’s degree from the African University College of Communication (AUCC).

The wife of blogger Eugene Osafo-Nkansah who is popularly known as Nkonkonsa was among the successful graduands at AUCC’s 17th graduation ceremony held on Saturday, July 24, 2021.

Read more: ‘I’ll Block You But God Will Strike You, Mark It’ – Victoria Lebene Threatens To Curse And Block Her Followers For This Reason

Lebene, amongst other graduands, received a Bachelor of Arts (BA) in Development Communication.

Just like any other graduand, Victoria Lebene took to social media to share her academic achievement with the world. In a video posted on Instagram, Lebene encouraged others like her to focus on whatever they are doing and know that with determination they can be anything.

Sharing the video on Instagram, Lebene captioned: “You can be anything you want to be…….IT IS POSSIBLE! Just make up your mind, get at it, go hard at it, don’t give up. EARN YOUR CROWN QUEENS! CELEBRATION .”

The actress in recent times has been in the news for in issues related to her husband.

Highlife sensation Akwaboah has made a bold declaration that he is the ‘Lighthouse of Ghana music’ ahead of his much anticipated ‘Lighthouse’ album.

He made this declaration using ‘Lighthouse’ as a metaphor depicting his own relevance in the Ghana music industry. Alluding to the directional importance of a Lighthouse, Akwaboah says he is similarly positioning himself as the direction for good authentic Ghanaian music.

Similarly, the longevity of the Lighthouse in his view is symbolic of how timeless and relevant he expects his music to be.

According to Akwaboah, Lighthouse Album is an opportunity to showcase his talent as a holistic musician.  The album will showcase different genres like Highlife, Afrobeat, Afro-Soul, Afro-Pop and Lovers Rock.

A common notion is that Akwaboah as an artiste does not often get the recognition he deserves. However, he says he has never doubted his abilities and just as the Lighthouse, his relevance will transcend generations.

Akwaboah has already released the first single titled ‘Ensesa’ which is currently trending in the charts. ‘Ensesa’ is a highlife tune with Afro-soul infusions and a beautiful sax rendition by Steve Bedi.

According to Akwaboah, he has already established himself and a Highlife genius, and this has given him the basis to showcase his musical craftsmanship on the Lighthouse album. ‘Every song on this album will be timeless’. 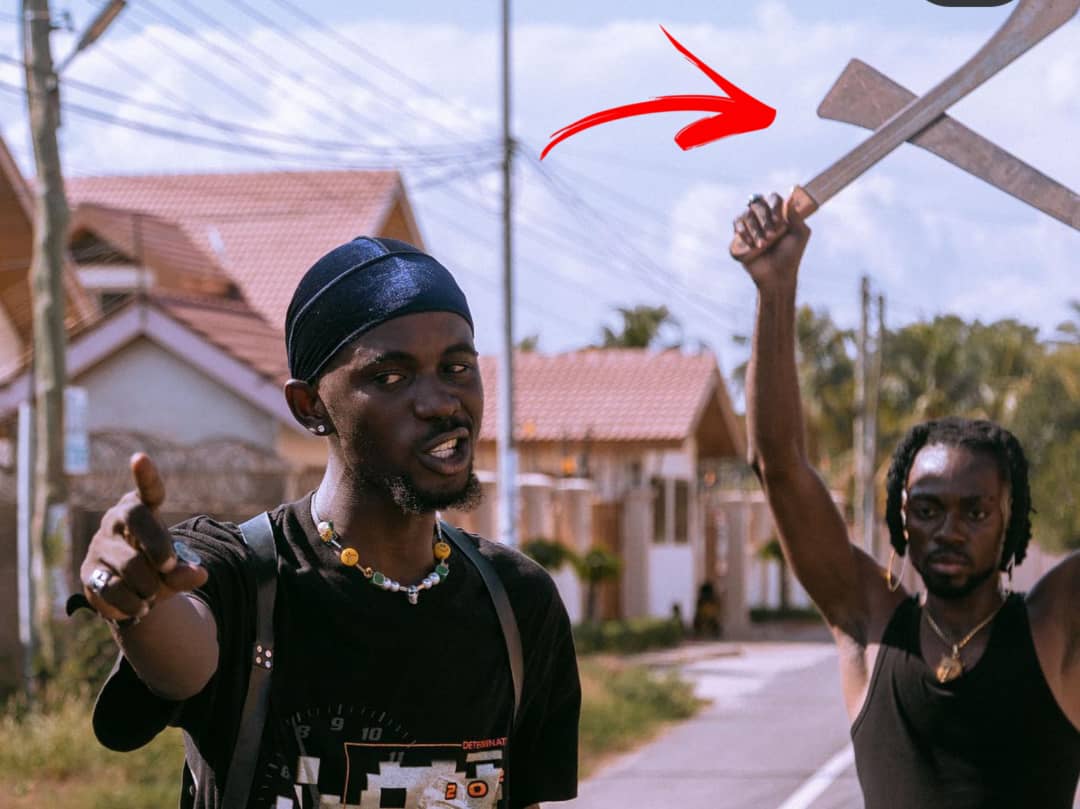 Black Sherif recently dropped his Second Sermon song it got many people talking about the passion at which he displayed in the music video.

However, the young musician also received heavy bashing from critics over the machete scenes in the music video.

They allege that the flaunting machete in the video has the potential to arouse or instil violence in the youth and have cautioned other musicians to not copy his style.

However, the young Kumerican rapper has said on a social media post that he doesn’t intend to promote violence.

“I don’t, and will never support violence, never. The machete sceneries in my video (Second Sermon) are all symbolism of what is happening on the street which involves the youth,” he said.

He further asserted that the main reason for the Second Sermon was to draw the attention of governments, stakeholders and other leaders to rise up and support the Ghanaian youth.

Black Sherif broke through the music industry after releasing his song Money in May 2020.

He subsequently went on to release other hit songs in March 2021 which includes Destiny and Ankoman.

Read his full statement below;