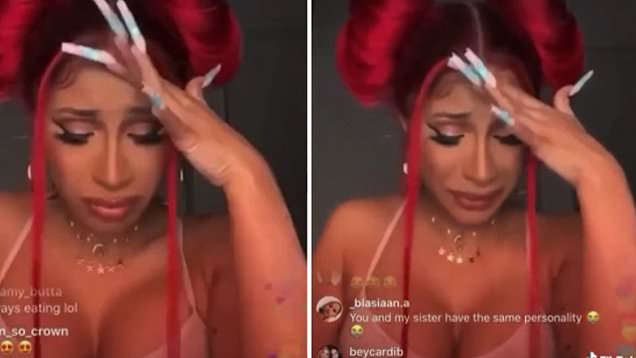 US award-winning female rapper Cardi B has finally bowed down to the pressure from fans and taken a break from social media.

The WAP hitmaker had an interaction with fans on Sunday who questioned and trolled her for not attending the Grammys awards.

However, the singer deleted her account after social media users came after her kids too which she said pissed her off.

Billboard reported that before the 29-year-old deleted her Twitter and Instagram account, she went on an inline rant where she called out her fans for being silly.

“I’m deleting my Twitter but oh God I hate this fan base. You got the slow fans dragging my kids all cause y’all [thought] I was going to the Grammys and I didn’t. When did I hint I was going? Just stupid. I can’t. I need to protect myself,” she wrote before deleting her social media pages.

According to Cardi, she was not planning on attending the music awards event because she only had one nomination, and has no music or album out to promote.

The mother of two also said that she gets annoyed when people call her lazy yet the same people are the ones who make her go hard on her craft but get mad when she misses events because she is working.

This is however the third time the award-winning rapper is taking a break from social media.