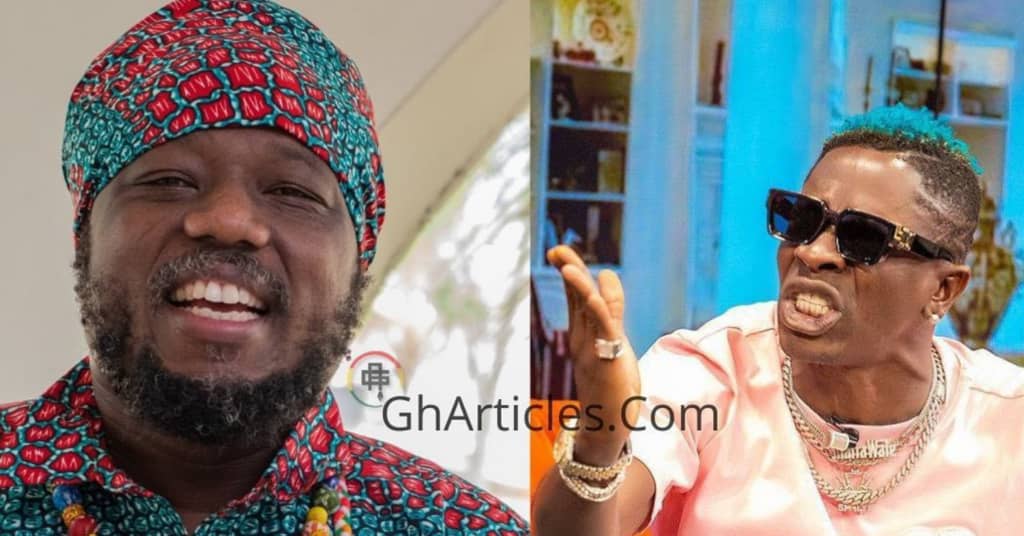 Days after describing Shatta Wale as junkie adding that no amount of death hoaxes can resurrect him, Blakk Rasta has come out again shade the embattled dancehall musician.

Shatta Wale and Blakk Rasta are long-term enemies who have been beefing over the years in the showbiz industry and none is ready to let bygones be bygones.

In a recent video sighted by GhArticles.com, veteran Raggae artiste descending heavily on the Taking Over hitmaker describing him as a senseless musician yet he has people who follow him.

Initially, Blakk Rasta made it clear that he wasn’t going to waste his precious time and energy to react to Shatta’s fake gunshot case.

THIS IS TRENDING:   JUST IN: NFA Arrest Prophet Opambour For Showing P0rnography On Prophet One TV [Video+Photos]

Questioning why Prophet Jesus Ahoufe would go on national television to give such an important revelation about somebody’s life instead of telling the person involved in private.

Swipe to watch him speak below;

The artiste, real name Charles Nii Armah Mensah, is currently on remand at the Ankaful Prison after a court refused him bail.

He was arrested earlier this week after Police declared him wanted for his alleged involvement in the publication of fake news relating to a gun attack on him.

Meanwhile, the Ghana police service has cautioned celebrities and individuals who have embarked on the #FreeShattaWale campaign.

According to the police, Shatta is not above the law and would not be given any preferential treatment.

Shatta Wale will appear before the court on Tuesday.