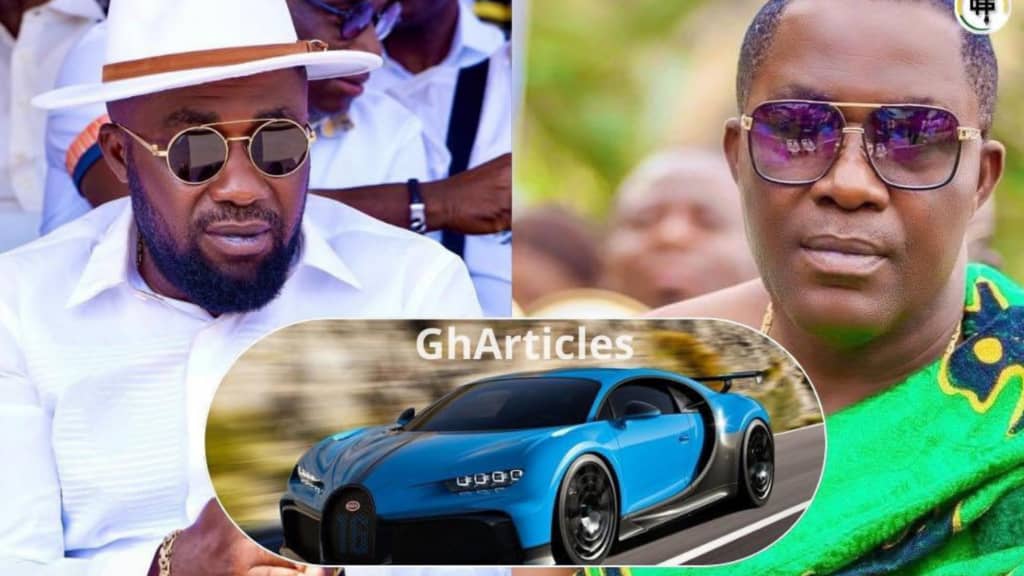 Business mogul Osei Kwame Despite has added a new car to his ever-growing fleet of expensive cars. This time, he acquired a Bugatti Chiron Super Sport.

As previously reported by Scooper Ghana, the Despite Group CEO turned 60 years old on Wednesday, February 2, 2022.

He marked his milestone by gifting houses to his sisters and also holding a star-studded party.

THIS IS TRENDING:   God Did Not Tell Me To Drink The Alcohol - Moesha Boduong Blames Friends For Making Her Booze

After gifting so much to his siblings and residents of his hometown, Wiamoase in the Ashanti Region, Despite also got the Bugatti for himself.

The businessman’s nearly GHC20 million vehicle was first seen on Sunday, February 6, 2022. According to a Facebook user, Kwabena Nsafoa, Despite showed off the car at a meeting of the East Legon Executive Fitness Club.

A video sighted by GhArticles.com, Despite’s Bugatti is seen parked at a fueling station for a refill.

The video shows the car to be blue and black in colour with the inscription 60 illuminating in front of it.

THIS IS TRENDING:   'She Ain't The One To Play With' - Offset Brags About Wife For Earning Third Diamond Single

The latest car adds to Despite’s big collection of luxury cars from top brands like Rolls Royce, Bentley, Mercedes Benz, among others.

THIS IS TRENDING:   M3MU - Yaw Tog Screams In Pain After Checking His WASSCE Results: See His Grades

THIS IS TRENDING:   Stop Sending Me Photos Of Your P3n!ses – Nollywood Actress Warns Men