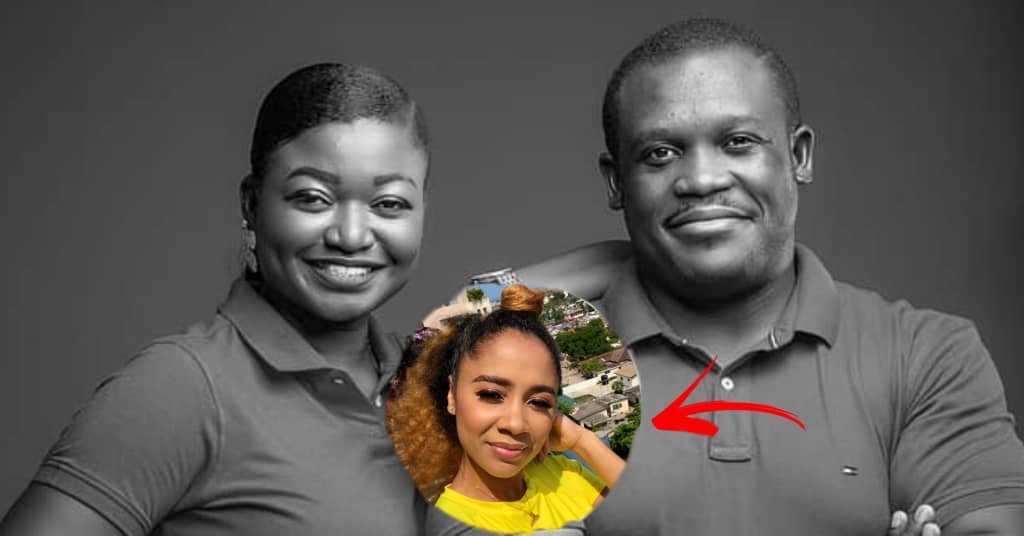 Member of Parliament (MP) for the Ningo-Prampram Constituency, Sam George, has shown his romantic side in a new social media post.

The post was in commemoration of his ninth marriage anniversary with his wife, Vera George on Wednesday, August 4, 2021.

Mr George took to his Twitter page to celebrate the lady he acknowledged has stood by his side through thick and thin.

The parliamentarian expressed how blessed he is to have Mrs George as his wife and asked for God’s blessings in the years ahead.

It's been 9 great years on this lifelong journey we have taken. We've had our moments, our laughs, our fights. We've had it all. 2 sides of the same coin. Even in grayscale, our love radiates in full colour. To my wife who is a woman, Happy anniversary Babes.🦁❤ pic.twitter.com/NqwV85ElvD

He backed his lovely message with adorable couple goals photos which have warmed many hearts.

He wrote: It’s been nine years on this lifelong journey we decided to take together. Nine wonderful years. We’ve had our moments, our laughs, our fights.

We’ve had it all. And sure I do enjoy every single moment of it. Thanks for standing by my side. Two sides of the same coin. Even in grayscale, our love radiates in full colour.

Meanwhile, Twitter users are dragging Sister Derby who recently fought the MP over his strong fight against LGBTQ+ in Ghana.

Sister Derby and Sam George threw shades at each other on Twitter over the Anti-LGBTQ+ bill. Twitter users adjourned the MP for Ningo-Prampram winner of the beef after he teased Sister Derby with her ex-boyfriend Medikal.

Sam George is a gem 😂
Anytime someone throw a shade at him. Proper agenda guy

Sam George is a proper agenda guy…..”to my wife who is a woman sen “😀😀😀😀 pic.twitter.com/5dXf2fMxuN

Everytime I see what Uncle E.T Mensah has become, I thank God for sending us Sam George at the right time. A true gift!

Sister Derby and Sheldon trying hard not comment about Sam George post. There is levels in this game 🤣🤣#FixTheCountryNow

Our Day: Young Oswald’s Petition Lands Him Enough Freebies To Last A year