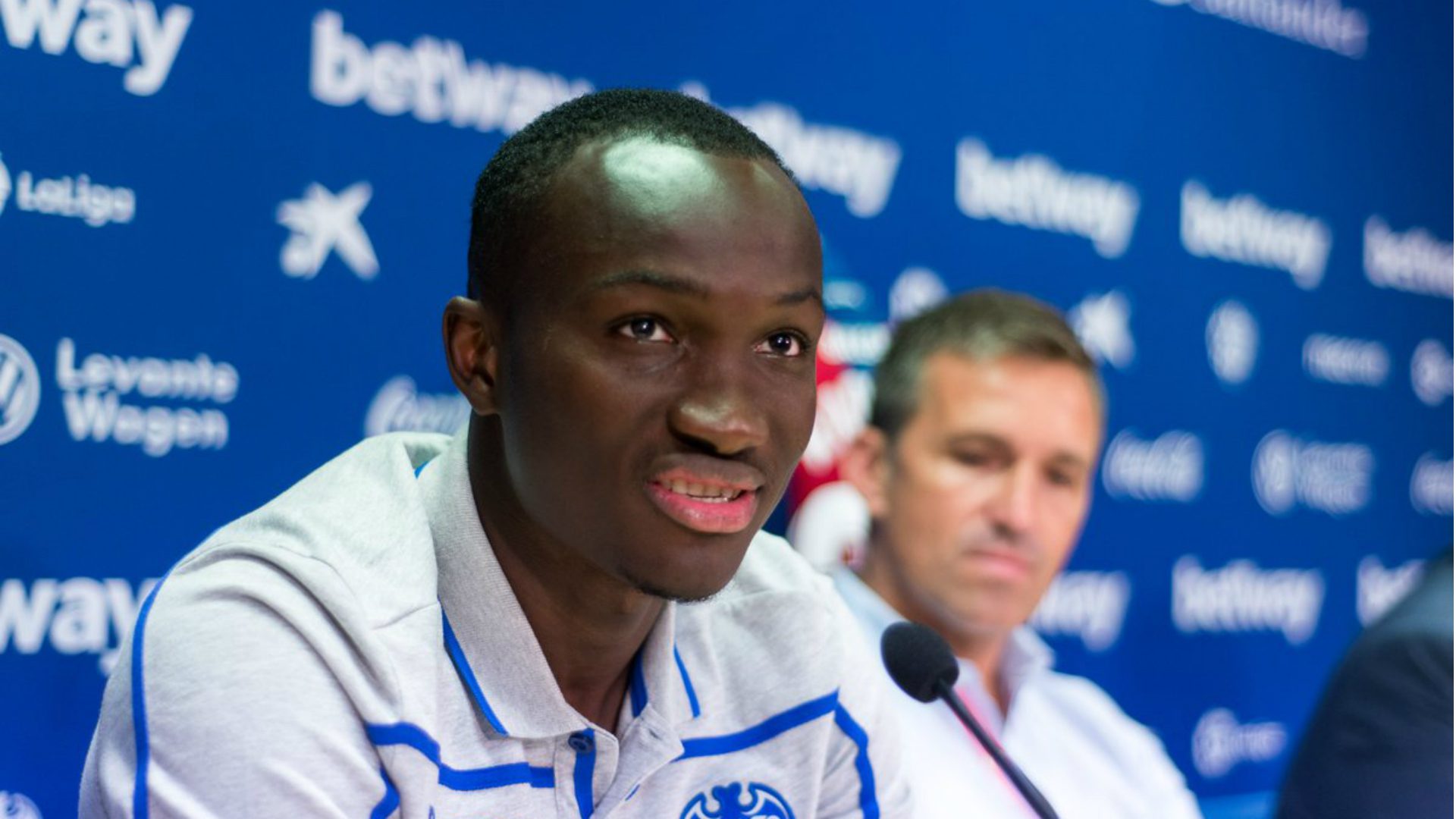 Just three weeks after Raphael Dwamena returned to action, the Ghana striker has again been hospitalized after collapsing during an Austrian Cup game.

The 26-year-old, who plays for Austrian second-tier side BW Linz was rushed to the hospital during a game against Hartberg on Wednesday, which was called-off.

Dwamena spent several months on the sidelines due to a recurring heart condition and only returned to action earlier this month.

The striker has since been playing with a defibrillator but appears set for another spell on the sidelines after his latest misfortune on the pitch.

Linz manager Stefan Reiter, however, revealed that Dwamena is currently in stable condition after being attended to by paramedics.

THIS IS TRENDING:   Ghanaians Don't Appreciate Me But Outsiders Do - Asamoah Gyan Laments

“His defibrillator struck and the doctors were able to stabilize him quickly,” the coach is quoted as saying to APA.

“The good news is Raphael’s condition is stable. The rescue chain had “worked outstandingly.” “It didn’t take a second for the paramedics to get to him.”

This is the latest in a string of setbacks suffered by the promising striker, who enjoyed a hugely productive stint in the Austrian topflight in the 2016/17 season.

In 2017, a move to Premier League side Brighton and Hove Albion fell through when Dwamena failed a medical after a heart condition was detected.

He underwent surgery to correct the condition and returned to action in January 2020, albeit playing with defibrillator.

However, in October that year, his heart condition recurred again, forcing him to spend several months on the sidelines.

It is currently unknown if Dwamena will continue playing after his latest setback due to his heart condition.

Raphael Dwamena: Latest On Ghanaian Player Who Collapsed During Match

THIS IS TRENDING:   JUST IN: Sergio Aguero Retires From Football Following Heart Condition

THIS IS TRENDING:   Ghanaians Don't Appreciate Me But Outsiders Do - Asamoah Gyan Laments
The Black Stars booked their place at the quadrennial tournament on away goals following a 1-1 aggregate score against West African rivals Nigeria in March.
“I shall surely be in Qatar but maybe a pundit or let’s see,” Gyan added.

THIS IS TRENDING:   BREAKING: Mason Greenwood Released On Bail

THIS IS TRENDING:   JUST IN: Robert Lewandowski Reportedly Wants To Leave Bayern Munich This Summer

THIS IS TRENDING:   JUST IN: Dede Ayew And Jordan Ayew To Quit Black Stars After Afcon Woes