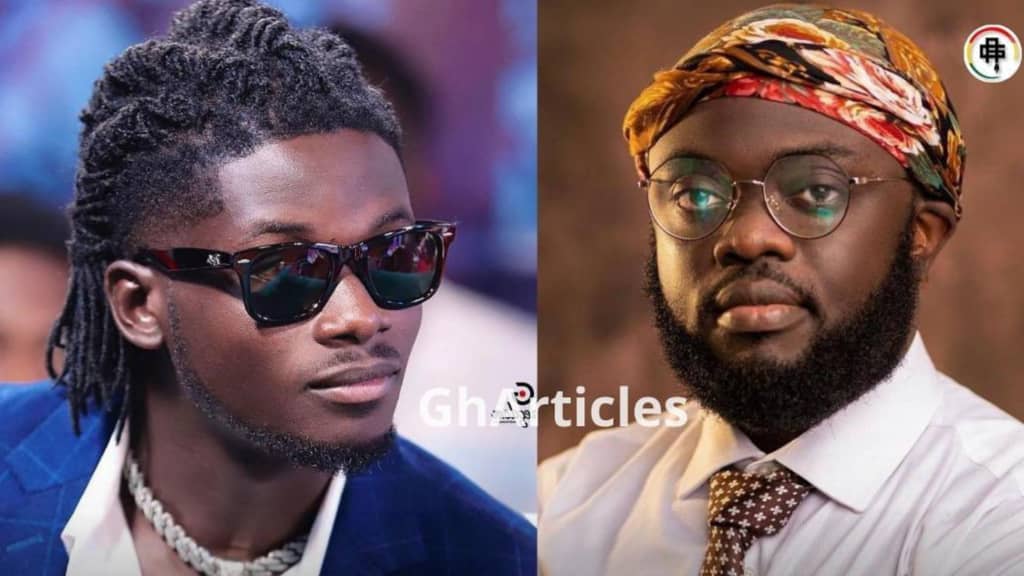 Ghanaian Youtuber, Kwadwo Sheldon is known for breaking down songs produced by musicians on his youtube show.

He tends to analyze the lyrics and communicate the meaning of every word said in the songs. Most often, Kwadwo Sheldon blasts musicians for producing poor music.

In a recent interview with Kuami Eugene and KiDi, Kwadwo Sheldon quizzed that most times he slander them based on his perception about the kind of content in music they produce.

Reacting to the question, the Bunker singer lamented that the troll affects the beauty of the music they put out there, because there are a lot of information out there which is condemning the music.

He went on to add that because such people like him [Kwadwo Sheldon] has been doing, people are not paying attention to content in the music but not the beauty of the music anymore.

Kuami Eugene added that most of the words they use to bash them especially the rapper are graphic.

Swipe to watch Kuami speak below;