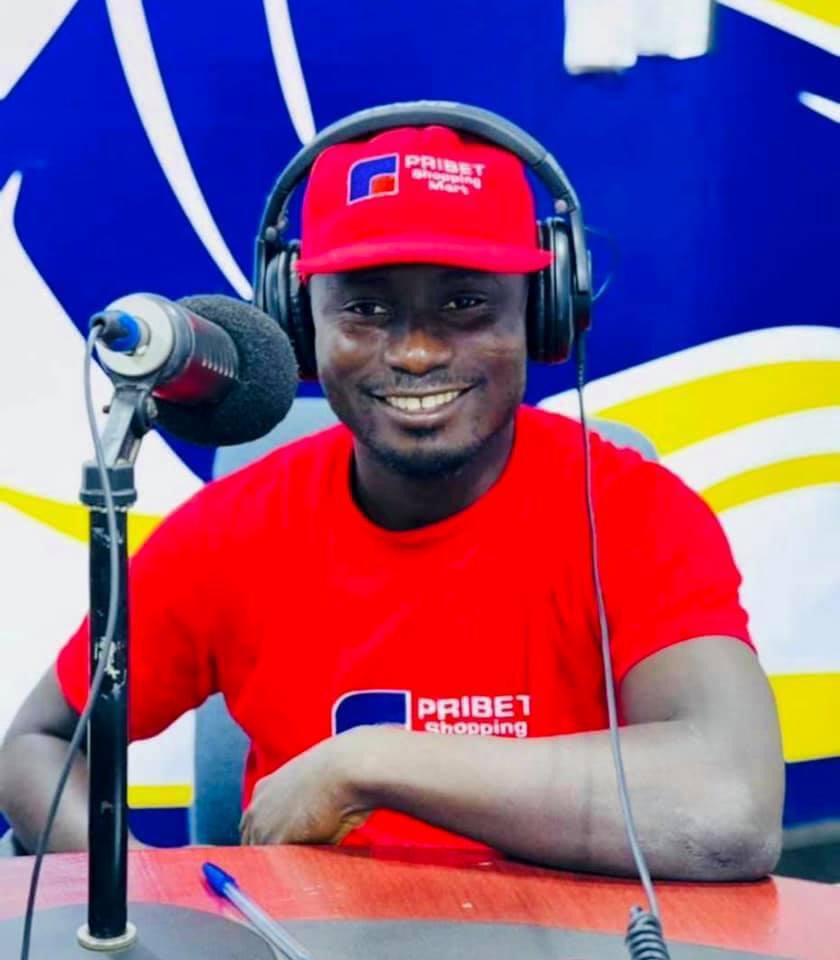 Sports panelists, presenters, and fans in the Bono Regional capital at the weekend expressed shock and disbelief about the sudden demise of a popular sports presenter, Richard Kwaku Adjei.

In a report filed by Adom News, the late Adjei, a popular sports presenter at Service Radio, a Sunyani-based FM station died at the Wenchi Government hospital in the early hours of Saturday.

According to the report, he was involved in an accident with the Nsoatre-based Baffour-Awuah Soccer Academy, a football academy which belongs to Ignatius Baffour-Awuah, the Member of Parliament for Sunyani West on their way to Accra.

The death of Mr Adjei has since gone viral on Facebook and other social media outlets, as mourners express their condolences on their pages.

He was said to have undergone surgery at the Wenchi Government hospital where he passed on. He left a child.

Some of the sports enthusiasts said the death of Mr Adjei was a big blow not only in the Sunyani Municipality and the Bono Region but the country as a whole.

“In fact Adjei died as a hero while serving his nation and we must celebrate him. His contributions to the growth of particularly the local sports industry remain exceptional. He was on top of issues and always excited his listeners,” Kofi Agyekum, a taxi driver stated.

THIS IS TRENDING:   Draw For CAF Women's Cosafa League Qualifier Completed
The Black Stars booked their place at the quadrennial tournament on away goals following a 1-1 aggregate score against West African rivals Nigeria in March.
“I shall surely be in Qatar but maybe a pundit or let’s see,” Gyan added.

THIS IS TRENDING:   Kanu Tips Osimhen To Win African Footballer Of The Year Award

THIS IS TRENDING:   Hearts of Oak Confirms Interest In Gladson Awako