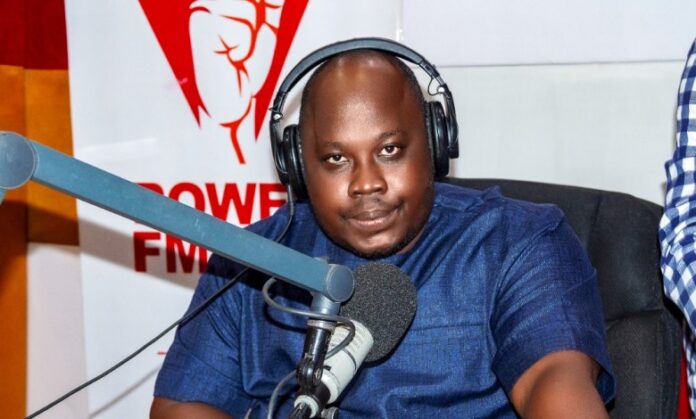 Power FM broadcaster Oheneba Boamah Bennie has been jailed over his claims against President Akufo-Addo and judges in the country.

According to a report by Radioxyzonline.com, the maverick broadcaster was given 14 days jail term on Tuesday by the High Court in Accra after the Attorney General charged him with contempt.

The court presided over by Justice Elfreda Dankyi also fined the broadcaster an amount of GHS 3000.

In her ruling, Justice Elfreda Dankyi held that Oheneba Boamah was guilty of the charge against him and that she was charitable with the sentence.

“I have been magnanimous,” the Justice stated when counsel for Boamah, Victor Kojoga Adawudu prayed the court to be charitable.

It was the case of the A-G that, after the declaration of President Akufo-Addo as the President-elect by the Electoral Commission (EC), Bennie allegedly published a video on his Facebook wall, claiming that President Akufo-Addo had met with eight justices of the Supreme Court, led by the Chief Justice, and had influenced them.

THIS IS TRENDING:   Sandra Ankobiah Drops Jaws With Photos Showing Off Her Natural Beauty In See-through Dress, Fans Go Gaga

He claimed the President used the supposed meeting to influence the justices of the apex court to rule in his favour in the event of any election petition challenging his re-election as declared by the EC.

In the said video, he allegedly said Ghanaians would not allow the justices of the Supreme Court to destroy the country and urged the military to stage a coup d’etat.

The A-G makes a case that through his publication, Bennie wants to tell the public that judges, including the justices of the apex court, decide cases not independently but by taking directives from the President.

Such an assertion, the A-G argued, if allowed to go unpunished, would amount to gross disrespect for the judiciary, which is a violation of the 1992 Constitution.

THIS IS TRENDING:   If Someone Ch0p Your Girlfriend, It's A Wake Up Call And Not Cheating - Shatta Bandle

According to the A-G, Bennie knew that there was a possibility of a challenge to the presidential election at the Supreme Court and, therefore, by poisoning the minds of the public against the court, he wanted to cause disaffection for the court.

“That the respondent’s disrespect for the Judiciary and the publication of false news intended to bring the Judiciary into disrepute makes him liable to be committed to prison in order to vindicate the undoubted authority of the Judiciary enshrined in Article 125 of the 1992 Constitution,” the affidavit in support of the A-G’s case added.

THIS IS TRENDING:   Georgina: Meet The Ghanaian Barber Who Charges GH¢650 For 1 Haircut