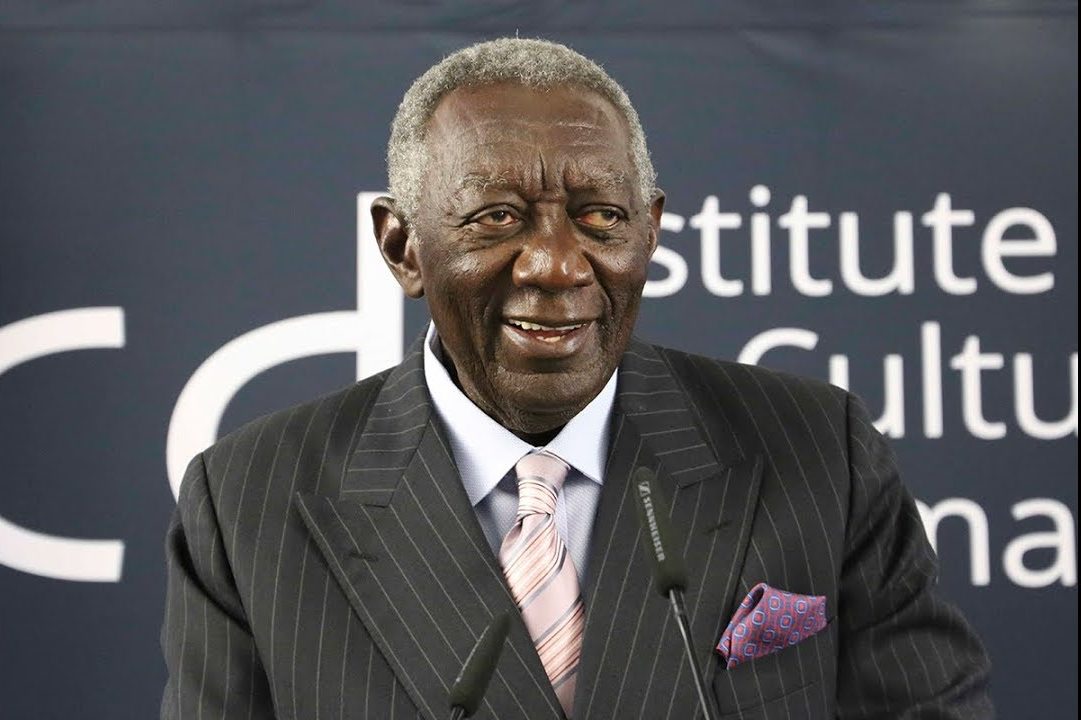 Former President John Agyekum Kufour has allegedly blocked a major road that connects commuters to other areas with a wall ostensibly for an estate project.

Reports from Starr News unveils that the Ashanti Regional Department of the Urban Roads disclosed land was acquired by the former President in 2005 while in office.

Currently, the about 2-acre land which shares a wall with the Ashanti Regional Coordinating Council, a security zone has been cleared and fenced for the project to commence.

Residents of Kumasi who are worried about the project are questioning why the city authority including the regional administration has permitted the project on a road.

However, the Ashanti Regional Director of the Urban Road, Mr Ghambrah explained that the land belongs to a private person adding that the road was constructed illegally.

Ashanti Regional Minister, Simon Osei Mensah in an interview said, any attempt to stop the private developer will attract a judgment debt which has to be avoided.

“I was concerned when I saw the project going on there. I contacted the lands commission and other authorities for an explanation. The documents presented clearly confirmed the land belongs to a private person so I was stopped from taking any further action because it will attract a judgment debt,’’ he said.

He said all persons who claim to have bought land at the security zone fail to provide a document of proof when they were invited by the Regional Security Council except one Oduro Sarpong.

Related Topics:GhArticlesgharticles.comPresident Kuffuor
Up Next