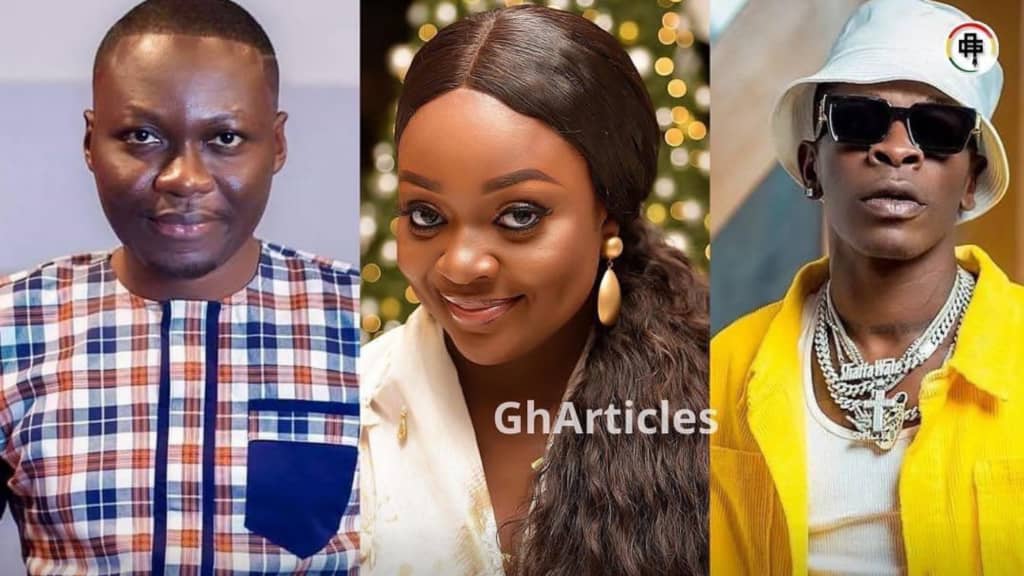 Days ago, in a typical Shatta Wale template, the Dancehall act dropped fire and brimstone on Jackie Appiah for joining other Ghanaian celebs to fight lotto fraud which really got on his nerves.

Amongst the derogatory words 1Don used on Jackie, he claimed her lavish lifestyle and all the properties she owns are funded by her toto business and not money accrued from her illustrious acting career.

THIS IS TRENDING:   Date Rush: Brokenheart Shemimah Gets Naughty, Shakes Her Big 'Backside' To Restore Happiness After Ali Left Her [Watch]

Shatta Wale’s comments have left many Ghanaian celebrities on unhappy with the star for attacking Jackie Appiah who is not beefing with him.

According to him, Jackie Appiah didn’t do anything to him to deserve such insults from him.

He added that the actress only expressed her opinion when the government called on celebrities to join the COVID-19 campaign.

Shatta Wale wanted the government to give the creative arts some money to push the agenda but Jackie opined that as celebs it’s part of their contribution to society so there’s no need of taking money from the government.

Lady In Oxlade’s S3x Tape Sues Him For N20M

THIS IS TRENDING:   'The Men Couldn’t Do It!' -Kwame A Plus Lauds Nana Aba Anamoah , Serwaa Amihere And Others For Their Contribution To EIB Network Success [Watch]

THIS IS TRENDING:   'I've Stopped Counting The Number Of Women I Slept With After Clocking 2,500' - Actor Oboy Siki Brags (Watch)

THIS IS TRENDING:   Nana Akua Addo Shares An Adorable Picture Of Her Family; Fans Sings Praises

THIS IS TRENDING:   Kim Kardashian In Tears As Ex-lover Leaks Second S3x Tape