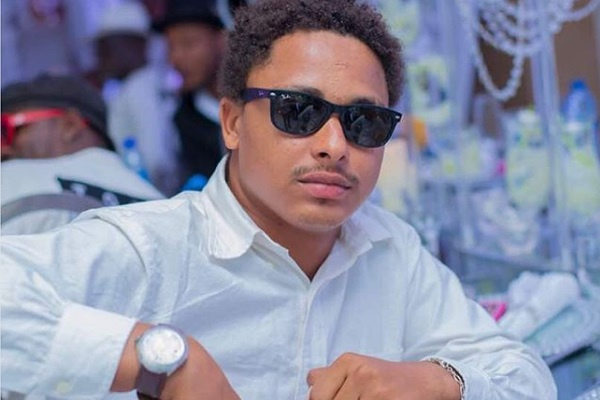 Actor Umar Krupp has disclosed that his year-long absence in the film industry is due to a devastating heartbreak he was dealing with.

After four years of dating, his cinderella moment with his lover, identified simply as Esi, came to a screeching halt over irreconcilable differences.

Umar Krupp said he was beyond traumatized when he had to let his “absolute happiness” go since she was taking him for granted.

THIS IS TRENDING:   Blakk Rasta Set To Return To Radio After Leaving Zylofon FM

Though not revealing the cause of the split, he said a lot of things happened and others were basically relationship problems.

Umar broke down in tears when he recounted how he introduced her into the movie industry and also sponsored her through their four-year dating period.

According to the actor, he invested a lot into this actress and used her as a lead character in most of his self-produced movies but the said actress paid him back with breakup.

THIS IS TRENDING:   Strip Stonebwoy Off His Awards And Arrest Him; Angry Menzgold Customers Petition Ghana Police

While many were finding their hidden talents during the lockdown period in March 2022, all Umar did was shed tears on a daily basis.

“I was in my dark moment trying to find myself. I was asking why she did this, what was my fault. I did a little bit of drugs to put myself back. I wake up and sleep in my washroom from the first lockdown. I was emotionally stressed,” he tearfully told Zionfelix.

Related Topics:GhArticlesgharticles.comUmar Krupp
Up Next

Hushpuppi Is Not Dead – Kemi Olunloyo

Jackie Appiah And Manager Graduates From The University Of Ghana

THIS IS TRENDING:   Moesha Confesses To Spreading Lies About Sandra Ankobiah And Boyfriend Who Was Jailed For Drugs

THIS IS TRENDING:   Sarkodie to host Rapperholic Concert 2022 in the desert