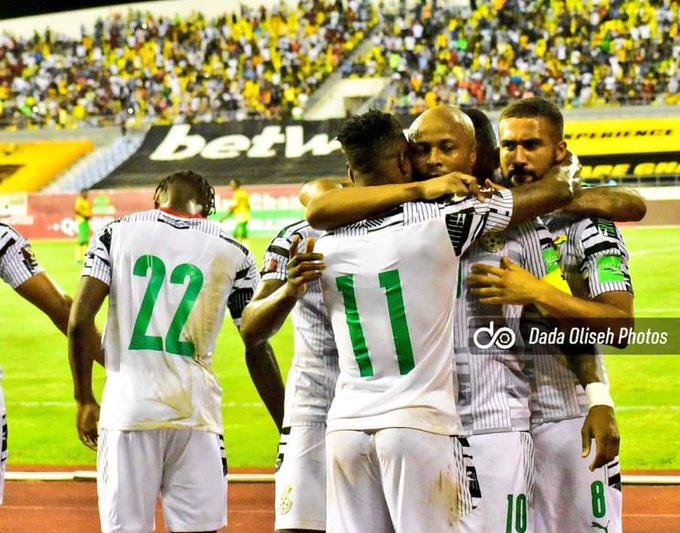 Specifically, the penalty awarded Ghana will be under review following the displeasure shown by the SAFA after the game.

World football governing body FIFA has confirmed that it has received a complaint from the South African Football Association (SAFA) over their 2022 FIFA World Cup qualifier against Ghana which they lost 1-0.

FIFA in a statement in response to a query from Graphic Online said: “FIFA has received a complaint from the South African FA in relation to this matter and will review it. Please understand we cannot comment further at this stage”.

It will be recalled that the Black Stars of Ghana defeated the Bafana Bafana of South Africa 1-0 last Sunday at the Cape Coast Stadium to qualify for the play-offs for the 2022 FIFA World Cup.

The goal which was scored by Ghana captain Andre Ayew came from the penalty spot after Ghana defender Daniel Amartey was fouled.

Replays of the incident show that South Africa defender Rushine de Reuck held the Leicester man after a corner was floated in his direction by Daniel Kyere.

Senegalese Referee Maguette Ndiaye awarded the penalty which was converted by Ayew.

Ghana had trailed South Africa by three points heading into the match and victory was the only result required to seal qualification to the third round of the qualifiers while the South Africans had only needed a draw.

Watch the foul below;

In the aftermath of the match, South Africa Football Association CEO, Tebogo Motlanthe signalled their association’s intent to lodge a formal complaint into the conduct of the match officials.

“The association (SAFA) has decided to lodge a formal complaint so that the conduct of the match officials are closely investigated by both FIFA and CAF but we will be having a press conference to tell the nation what will be happening going forward,” Mr Motlanthe said in a tweet shared by the team’s Twitter account.

In 2016, South Africa had to replay a World Cup qualifier they won 2-1 against Senegal after Ghanaian referee Joseph Lamptey was found guilty of unlawfully influencing a match result by FIFA.

Lamptey who wrongly awarded a penalty to the South Africans was handed a life ban while Senegal won the replay 2-0 and qualified for the 2018 FIFA World Cup in Russia.

Related Topics:featuredFIFAghanaGhArticlesgharticles.comSAFASouth Africa
Up Next

THIS IS TRENDING:   Morocco Defeats Ghana By A Goal
The Black Stars booked their place at the quadrennial tournament on away goals following a 1-1 aggregate score against West African rivals Nigeria in March.
“I shall surely be in Qatar but maybe a pundit or let’s see,” Gyan added.

THIS IS TRENDING:   JUST IN: Mariano Barreto Terminates His Contract With Asante Kotoko After 7 Months

THIS IS TRENDING:   Awako May Not Play For Hearts of Oak, Says Agent