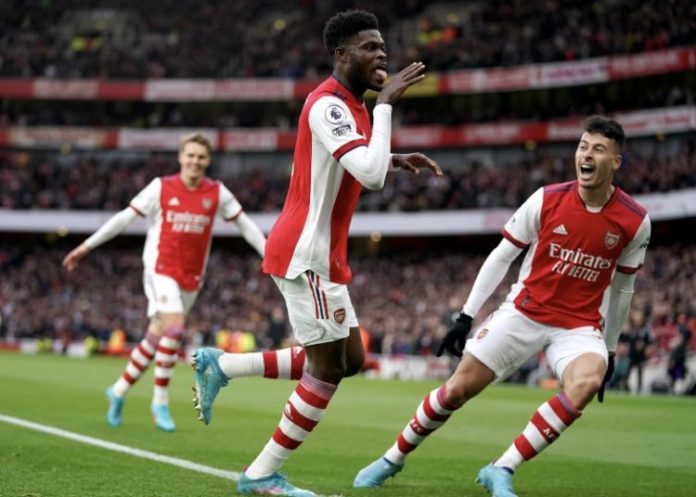 Arsenal boss, Mikel Arteta, has lauded Thomas Partey following his impressive performance against Leicester City, saying he could become the best player at the club.

Partey broke the deadlock as the Gunners secure a 2-0 win over the Foxes. Alexandre Lacazette converted a spot-kick to wrap up the win.

The Gunners reclaimed the fourth spot in the Premier League from Manchester United, who beat Tottenham on Saturday after the win at the Emirates Stadium.

The 28-year-old has struggled to adapt to the Premier League since joining the club from Atletico Madrid in 2020 amid injuries that kept him on the sidelines.

However, Arsenal boss, Arteta believes Partey is improving and says he can become one of the best players at the club.

“Yes, and it shows what he can do,” Arteta replied.

“And he should be with those contenders because the ability he has is up there with the best in the team. Now he needs to show consistently that he can do that.

“We are trying to adapt the game a little bit.

“Some of the things we are doing is to try and adapt the game for him to be able to be more decisive, to create more space for him.

“I think he is taking things well.” 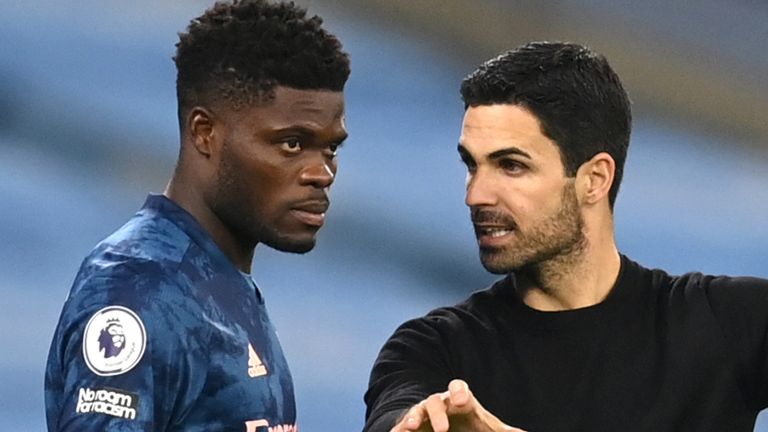 The Spanish gaffer continued: “It is the work we do in training to try to facilitate to players to exploit their qualities as much as possible.

“That’s why we decided to sign him,” said the Arsenal boss. “everything takes some time.

“We have to recognize that he had a lot of injuries as well in a period where he didn’t get any consistency in terms of minutes and match exposure.

“He needed to adapt to a completely different game model than he was used to and now I think he is in a really good place,” he added.

Arsenal will take on Liverpool on Wednesday in the Premier League in a bid to consolidate their spot in 4th place.