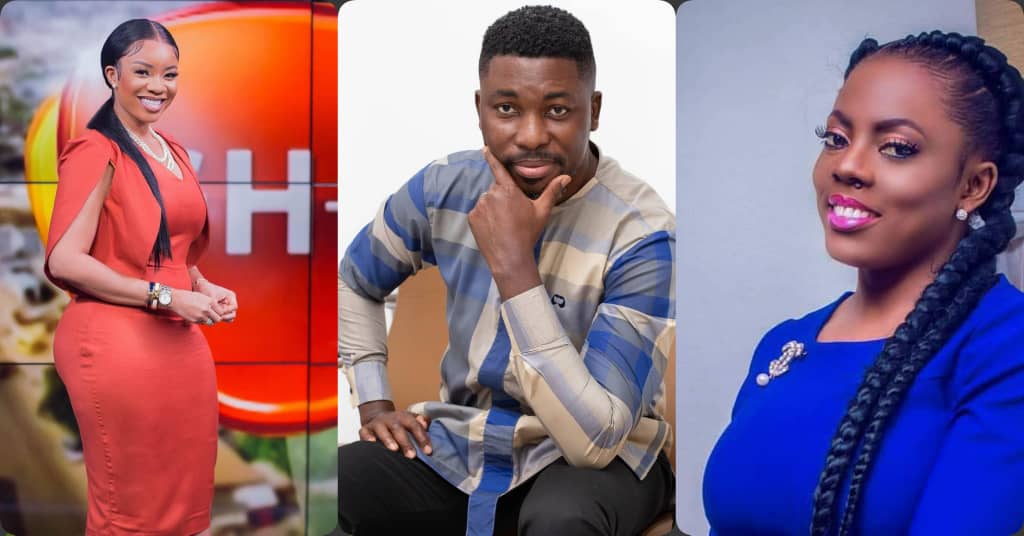 Social commentator and entertainment pundit, Kwame A Plus has showered praises on GHOneTv media personalities; Nana Aba Anamoah, Serwaa Amihere and others.

Kwame A Plus during last night episode of Showbiz Show on UTV lauded the ladies for their massive contribution to the success of the EIB Network.

The controversial political activist said he would always be feminist and promote women empowerment because he has girls at home.

He explained what Bola Ray and the other men at GhOneTV and EIB Network failed to do, these ladies came around and turn things for good.

He said if these men worked alone they would have collapsed the TV station but the introduction of Serwaa Amihere, Nana Aba Anamoah, Natalie Fort and others have helped the EIB Network stood in the industry.

However, he descended heavily on women who try to spread false stories about their fellow women with the intentions of bringing them down the ladder.

Kwame A Plus said he feels very sad whenever he goes on social media and see another woman telling lies about other women.

He further noted that some women hide behind ‘madness’ to spread false allegations about their fellow women.

A Plus was actually referring to Abena Korkor – whom he has been beefing for the past few days on social media. 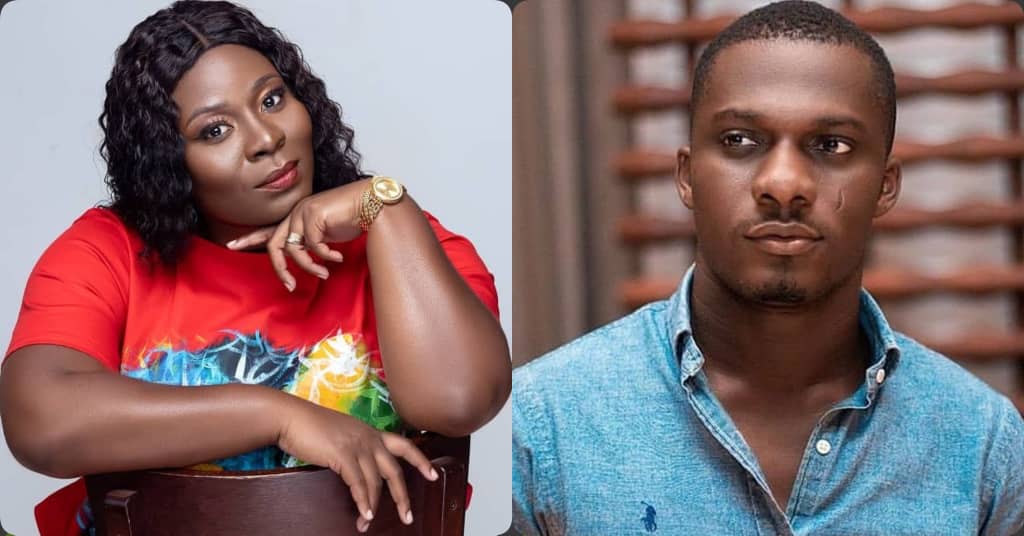 Zionfelix and his two baby mamas, Minalyn and Erica Kyem have been the subject of discussion currently on social media following a serious banter on social media.

Zionfelix recently confirmed during an interview he welcomed a baby girl this year with his girlfriend, Minalyn.

The blogger released photoshoot with Minalyn flaunting her baby bump. Zionfelix proposed to her during the photoshoot event and the video went viral.

Few hours after, Erica Kyem also came online and dropped photos of herself in her maternity period with Zionfelix affirming the blogger is the father of her new son, Adom who already has an Instagram account followed by Zionfelix as well.

Although, Zionfelix has apologized to both ladies, however, Whitney Boakye-Mensah says the blogger made mockery of the two ladies and for that matter he’s silly.

According to her, Zionfelix is just playing with two mothers who are supposed to channel their energy now on their new born babies than fighting over on social media as to who wins his heart.

Miss Whitney continued that none of the two ladies ending up winning the blogger’s heart, because no man who loves will put a lady through all these stress.

She also added even Zionfelix himself is not winning this brouhaha but social media is winning.

Whitney Boakye-Mensah expressed her deepest disappointment on the two ladies involved on this brouhaha.

She couldn’t understand why ladies of their caliber will fall so low for such a guy to mess with their lives.

Swipe to watch her speak below; 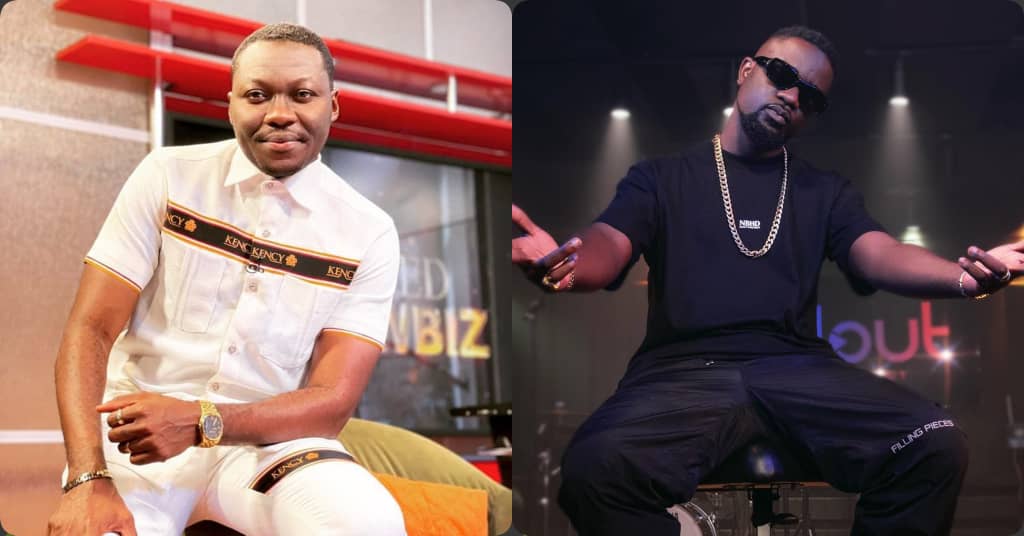 Sarkodie is currently in Nigeria on a tour to promote his new ‘NO PRESSURE’ album.

During one of his interviews, Sarkodie did mention that when comes to support from Ghanaians, he has received a little.

According to him, he has not received that much support from Ghanaians unlike Nigerians who support their own massively.

Sarkodie’s comment has angered many Ghanaians after the video went viral as they descended on him on social media for not appreciating their support which has brought him far in the music industry for the past 10years.

According to him, Ghanaians have always supported him since he broke into the music industry in 2010.

Arnold Baidoo further added that it through the support of Ghanaians that has made him relevant for past the 10years in the music industry.

However, Arnold Baidoo said Sarkodie has rather not given the credit to Ghanaians for his 10years relevance in the music industry. 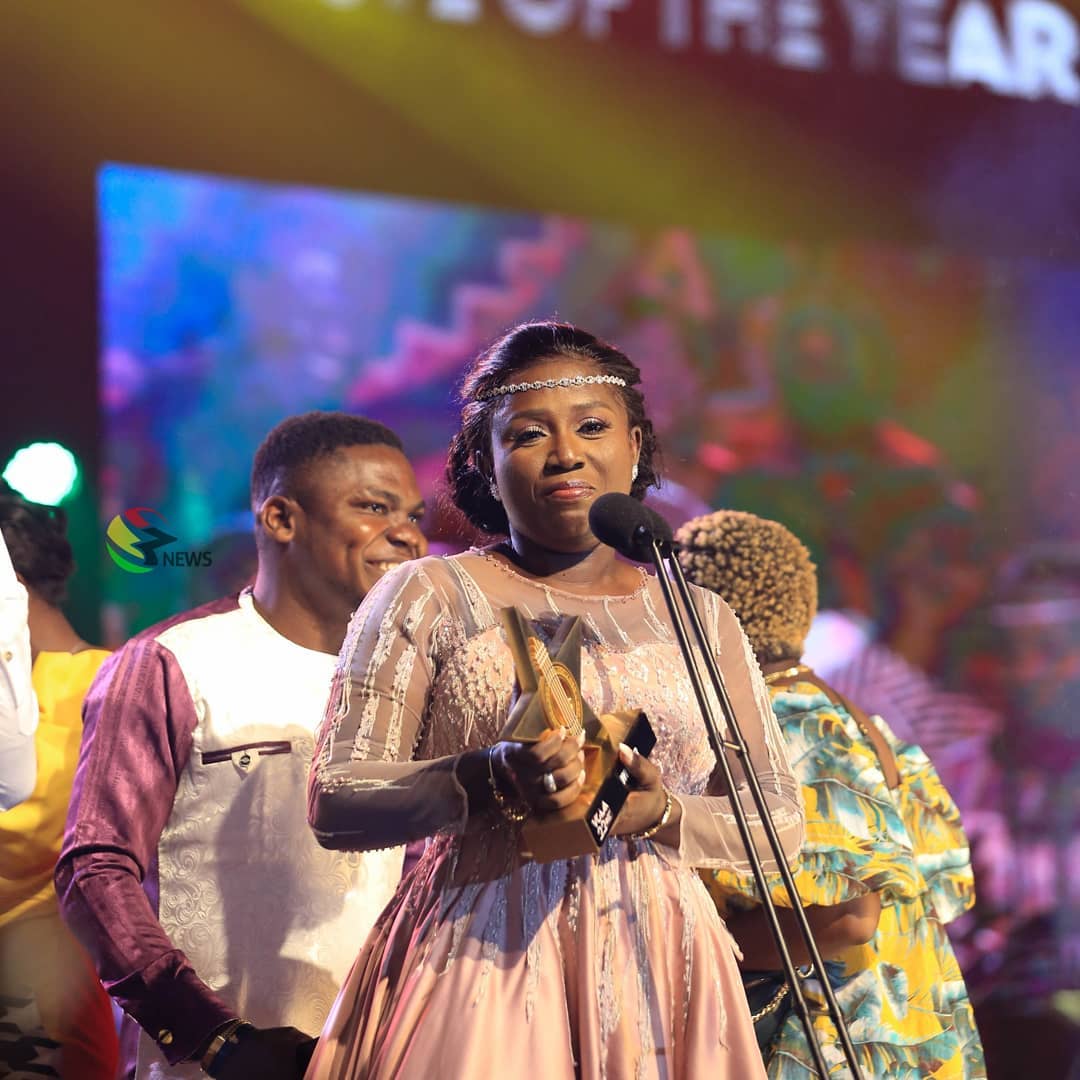 Gospel musician, Diana Antwi Hamilton, has stated that winning Artiste of the Year at the 2021 Vodafone Ghana Music Awards (VGMAs), was the will of God.

The Adom hitmaker triumphed over musicians KiDi and Kuami Eugene to clinch the Artiste of the Year award at VGMA22 held in June.

Speaking at the United Showbiz hosted by Nana Ama McBrown, Diana Hamilton expressed the mixed reactions, with some saying she didn’t deserve the award, gave God the chance to ”show His coolness”.

She added that it’s also in line with scriptures for some people to say she didn’t deserve the apex award. Diana Antwi Hamilton had earlier expressed immense gratitude after she was crowned Artiste of the Year at VGMA22. Taking to her social media page, the reigning queen of the music industry reiterated that:

”what God cannot do does not exist.” ”I’m trying to put this all together, but making sense of it means I’m doubting God’s ability,” she said.