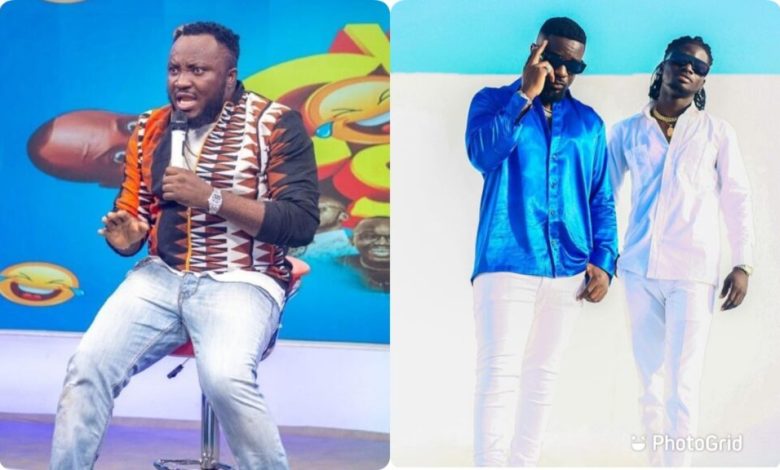 The rapper found trouble for himself following his tweets on the commercial drivers sit-down strike, a tweet that did not sit well with many of his fans.

The Ghanaian rapper took to Twitter to plead on behalf of Ghanaians who have been affected by the sit-down strike by the commercial drivers.

Sarkodie called on the government to be productive to help make things a little lighter for the citizens.

According to the multiple award-winning rapper, Ghanaians are going through difficult times and all they ask for a good environment for them to hustle.

According to large number Twitter users, Sarkodie would have drop back to back diss songs for John Mahama if he was the president under this difficult times in Ghana.

But under President Nana Addo’s regime, he’s just tweeting. They accused him of being partial.

“The people are going through it !!! We always do !!! All we ask for the right environment to hustle/ be productive,” he tweeted.

Following that, DKB has taken to Twitter to label the Happy Day hitmaker as a “stomach musician.”

According to DKB nothings bores him more than a person who pretends to be speaking for the well-being of people after endorsing a political party.

Meanwhile, some Twitter users have pulled out Sarkodie’s tweet in 2013 saying he would visit then President John Mahama following a hike in fuel prices.

I think Kabutey will sleep in Flagstaff House this December. https://t.co/9y9uYDTxMn

Your Lyrics Finish? Or Them Off Your Light For Studio – Fans Angrily Bash Sarkodie Over Commercial Driver’s Sit-Down Strike