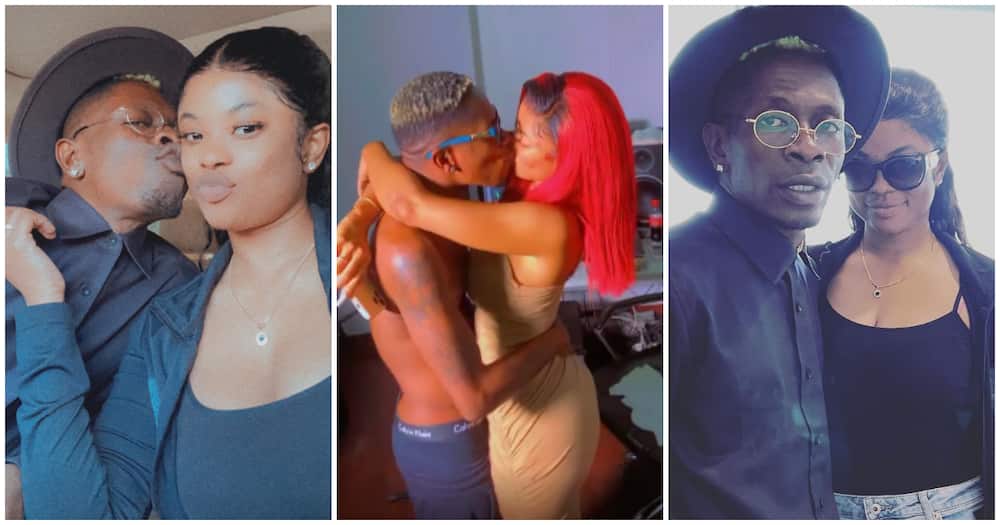 According to information shared by Snapchat blogger Sel The Bomb, the two broke during Shatta Wale’s recent tour of the United States.

Shatta Wale who had been officially single since parting ways with Michy in early 2019 announced in January that he had found a new lover.

It turned out that the lady, identified as Elfreda, was once a friend and high school junior to Shatta Michy.

The two were seen at every opportunity and they were almost always cozy and intimate.

They even went on vacation with Medikal and Fella where Elfreda taught Fella some swimming lessons.

THIS IS TRENDING:   Ghanaian Business Mogul, Kojo Jones Parades Long Convoy To Kumasi As He Is Set To Marry [Watch]

Just as recent as March 10, the two were happy with Shatta Wale holding a surprise birthday party for Elfreda.

Following the announcement of his relationship with Elfreda, Shatta Wale has always been praising the lady and preaching about love.

But his love chorus changed as he took to Snapchat to rant about women not being supportive and why marriage is a scam. Further checks on his Instagram page show the Dancehall act has deleted some of the many photos he posted recently.

With his posts on social media, it was obvious that something was not going right in his love life or relationship with Elfreda.

A message shared Sel The Bomb suggests that the two might have broken up in the last part of March. The message dated March 20 claimed that the two split while in the US.

Elfreda is said to have called it quits because she found Shatta Wale too violent and authoritative.

See screenshots of the message in the video below:

THIS IS TRENDING:   Can Kourtney Kardashian And Boyfriend Secure A Lifetime Together With This Huge Rock?

THIS IS TRENDING:   May You And I Compose Gospel Music To Win Souls - Actress Moesha Hints On Releasing A Gospel Song With Kuami Eugene

THIS IS TRENDING:   Rapper Medikal Cuts Down Friends On Instagram; Follows Only 5 People Including Fella And Shatta