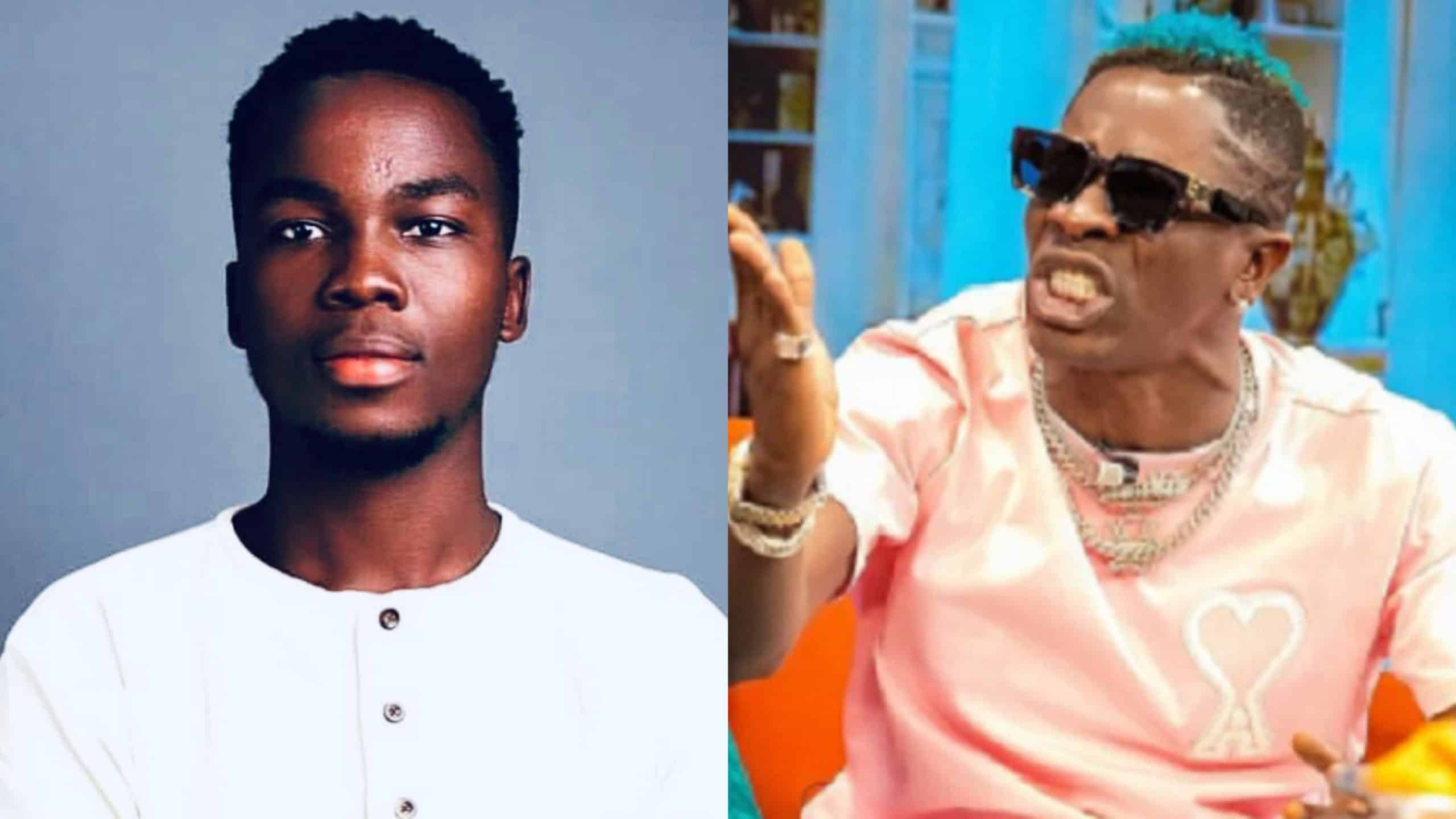 Danchehall musician, Shatta Wale has threatened to beat up Bongo Ideas after the young man had asked him to behave responsibly.

In a comment Bongo Ideas made which triggered, Shatta Wale, the young man had asked him to grow up and embrace change in every aspect of his adult life.

Bongo Ideas had stated that Shatta Wale had to pick up clues from his contemporaries who have somewhat become more responsible after getting married.

The comment was made by Bongo Ideas in the wake of Shatta Wale sharing several tweets that could be termed as amateurish and off.

However, did Bongo Ideas have the audacity to tell Shatta Wale how to behave? Well, that has become a debate on social media after Bongo Ideas had written…

THIS IS TRENDING:   Zionfelix Is Silly For Making Mockery Of The Ladies Involved - Whitney Boakye-Mensah Fires Blogger (Video)

Shatta Wale took very personal exception to what Bongo Ideas had written and threatened to beat him up. According to him, it was unwise of him to tell him to get married in order to become more responsible.

Bongo Ideas shared a screenshot of a message he had got from Shatta Wale where he actually intimated he was going to beat him up.

Herrr me if you do ago beat u ,those foolish things u deh do for internet u feel say u go fit tek come my top erh ..Ibe ghana entertainment media that will make foolishly famous .Me if you do ago beat you make we go police station. Ony3 Gbemi waaa ..

Mediocre @shattawalegh at his best.

“In the kingdom of the blind, the one-eyed is made king. Not because he’s fit, there are no better options.” pic.twitter.com/0qYehQZwf7

However, Shatta Wale after threatening to beat up Bongo Ideas has shared a voice note dealing with why he would not be forced to marry.

THIS IS TRENDING:   Finally oo! Delay Drops Her Specs Of The Ideal Man She Wants To Settle Down With Amid Geeman's Proposal

In the voice note, Shatta Wale did not only berate Bongo Ideas but also insisted that he was not going to marry until he deemed himself ready.

THIS IS TRENDING:   Date Rush Contestant Lovelyn Tells Emotional Story About How Her Divorce Started The Night She Got Married