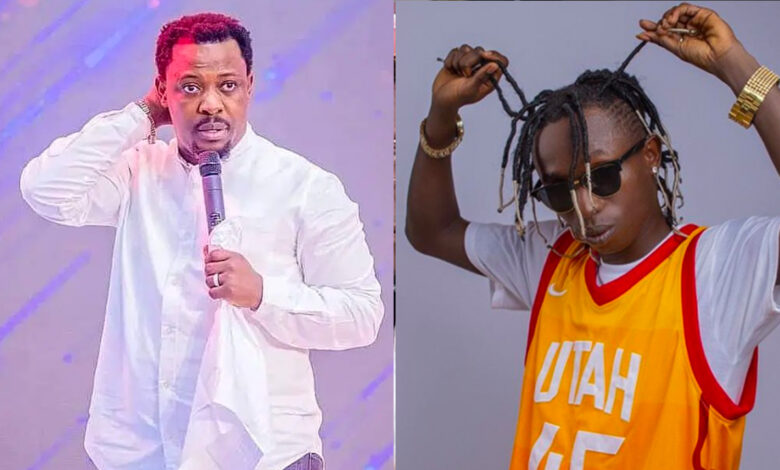 According to the founder and general overseer of Prophetic Hill Chapel, the Swedru based controversial artiste will meet his untimely death very soon.

The NDC tagged cleric claimed that he saw four of Ghana’s top musicians in the spiritual realms and while he was still in the spirit, he saw that a gory accident has been orchestrated for Patapaa.

He went on to add that, Patapaa has been summoned to a very notorious evil in the underworld because he’s about to take over the music scenes once again just like he did with his viral “One Corner” song.

Nigel Gaisie additionally asserted he also saw Stonebwoy and singer Efya also plus another A-list musician locked in a room but the two were able to get out leaving the other musician behind.

He refused to mention the name of the other musicians with the opinion that he’s very disrespectful and might come out to insult him.

Nigel Gaisie who is known for fake prophecies also told Patapaa not to worry over the wicked people’s plans about him because he has fought on his part in the spiritual realms for him.

THIS IS TRENDING:   ‘I Use The Ladies Washroom’ – Ghanaian Transgender Ohemartin [Video]

It is believed that the name of the other musician Prophet Nigel Gaisie refused to mention for the fear of being insulted is Shatta Wale.

Because he’s the only known disrespectful artiste in the music industry we know.

Social media users have called on the Ghana Police Service to invite Prophet Nigel Gaisie for questioning just like what they did to Jesus Ahuofe because he has also caused fear and panic.