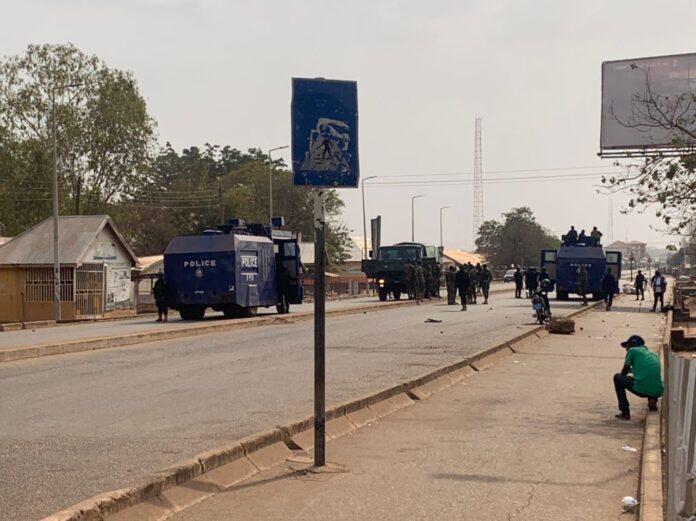 Gunshots have been heard in Tamale as armed Police personnel clash with Lamashegu youth in the Tamale Metropolis.

According to eyewitnesses, the chaos started after a police patrol team allegedly shot and killed a young man driving a white Toyota Camry with a DV number plate after he had refused to stop when the police stopped him.

He is said to have died at the hospital after a bullet penetrated his stomach through the back glass of the vehicle.

THIS IS TRENDING:   Pope Francis Endorses Adultery In Marriages; Says It's Not Sin

Two others are reportedly shot while others sustained injuries.

In a new development to that, the Ghana Police Service have interdicted 6 police officers.

In a press statement, the Police said they have launched investigations into the case while some officers have been dispatched into the community to restore calm.

THIS IS TRENDING:   Man Caught Just In Time While Trying To Sell One Of His 8 Kids To Feed The Others - REPORT

THIS IS TRENDING:   Australian PM Approves Use Of Moderna COVID-19 Vaccine

THIS IS TRENDING:   Konongo Odumase SHS Murder Suspects To Appear In Court Today