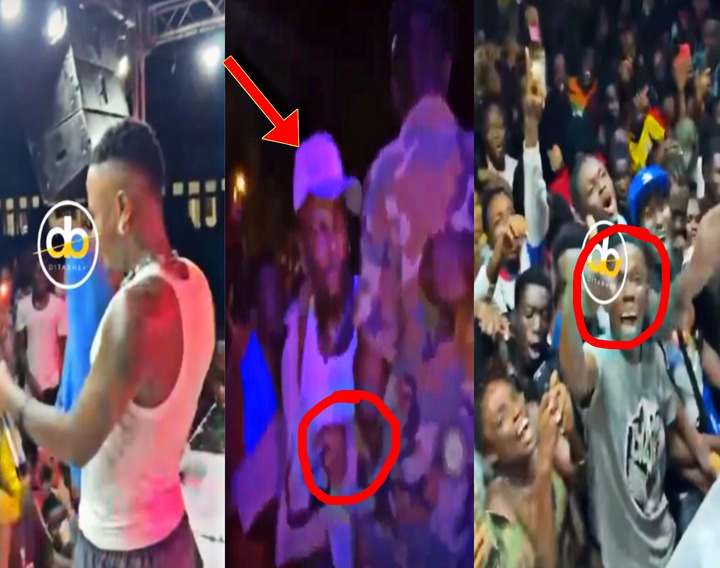 Reports of the incident which are springing up on social media along with a video showed some upheavals late in the night.

Kelvynboy was seen being heckled by some aggrieved students of UCC over his decision to perform early and leave Cape Coast.

Social media reports have it that Kelvyn Boy was billed to perform at University of Cape Coast’s 60th-anniversary launch.

However, the Down Flat crooner had equally been booked for an event at the University of Professional Studies, Accra.

So in a bid to satisfy both parties, Kelvyn Boy went to the campus of UCC first to perform so as to rush back as fast as possible to Accra to thrill the UPSA students.

Kelvynboy’s plans were not satisfactory enough for the students of UCC who felt aggrieved that he wanted to perform early which is not noted for A-list artistes (noted for coming on stage almost at the end).

As a result, the UCC students prevented Kelvynboy from leaving as was seen in the video which is circulating on social media.

It took some security personnel to calm down the enraged crowd who were not backing down until their demands were met.

Kelvynboy was later ‘released’ to go after the students were told that they were going to be appeased.

“Pls Are You Dating? I Want You To Be My Wife” – Shatta Wale Publicly Proposes To Serwaa Amihere