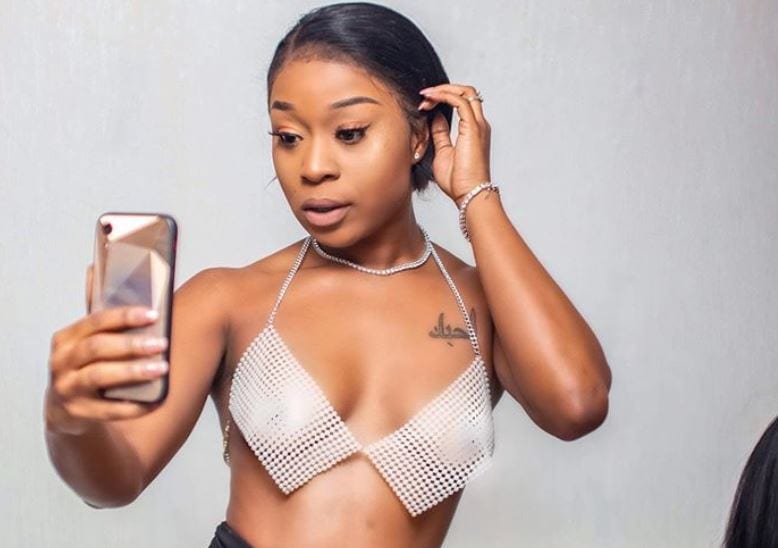 Off late, Ghanaian actress and video vixen, Efia Odo has been going frenzy on social media about her social and sex life.

According to the outspoken actress, she is a good person, and the right man who would win her heart should be sure that he has gotten a good wife.

In spite of the fact that she is trying to find the right man, Efia Odo said she could not date a man who was broke or a married man.

Speaking about the kind of guy who could win her heart and her expectations of him, she said she simply could not be with a lazy man or one who was abusive.

After listing the above group of men who can’t win her heart, she said people think she hasn’t been able to settle down because she is always posting naked photos of herself on social media.

Well, Efia Odo is that kind of girl who feels herself and don’t really care about what people say about the kind of life she lives.

She has on many occasions shared steamy and hot photos wearing bikini to swimsuit and sometimes she goes braless.

With this kind of lifestyle, many believe no man would ever be serious of settling down with her if she continues to share her nakedness on social media.

On Twitter, Efia Odo said even Christian women who dress decently to church everyday are still struggling to find a husbands, how much more her. 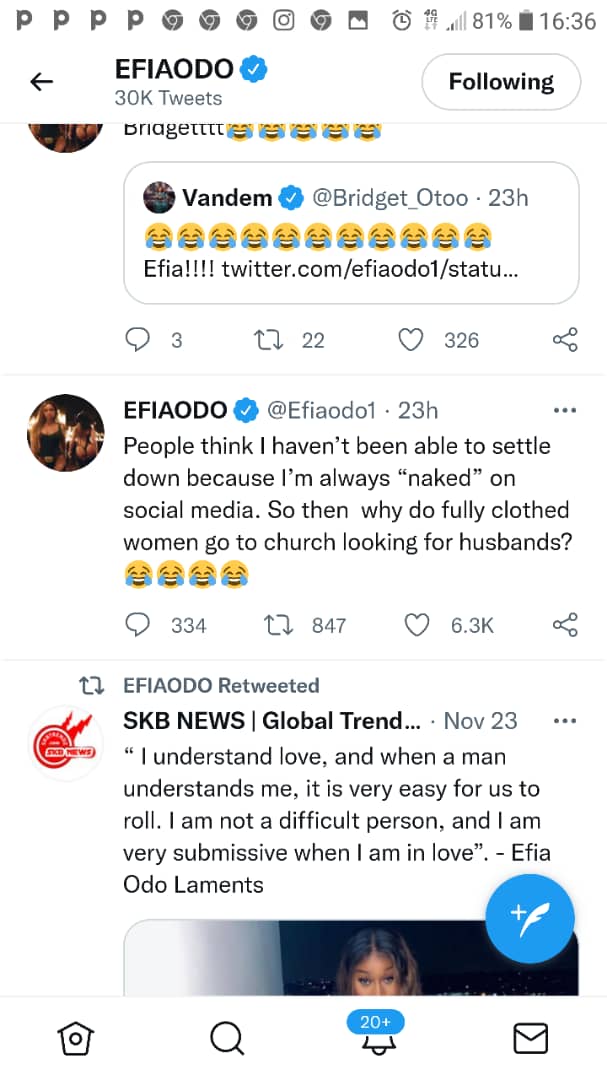 In another tweet sighted on the actress’ page, she cautioned men who enter her dm to seek for one-night stand with her and give money in return that she would gladly spend their money but she won’t open her legs for them to enter.

According to her, she’s not looking for love but if the man still insists on her, she would spend his money but he will never chop her thing that lies in between her legs.

THIS IS TRENDING:   'It's The Little Things You Do For Me' - Wife Of Joe Mettle Lavishly Showers Him With Praise (Video)

THIS IS TRENDING:   Jessica Opare-Saforo Leaves Citi FM After 17 Years

THIS IS TRENDING:   Davido And Chioma Unfollow Each Other On Instagram