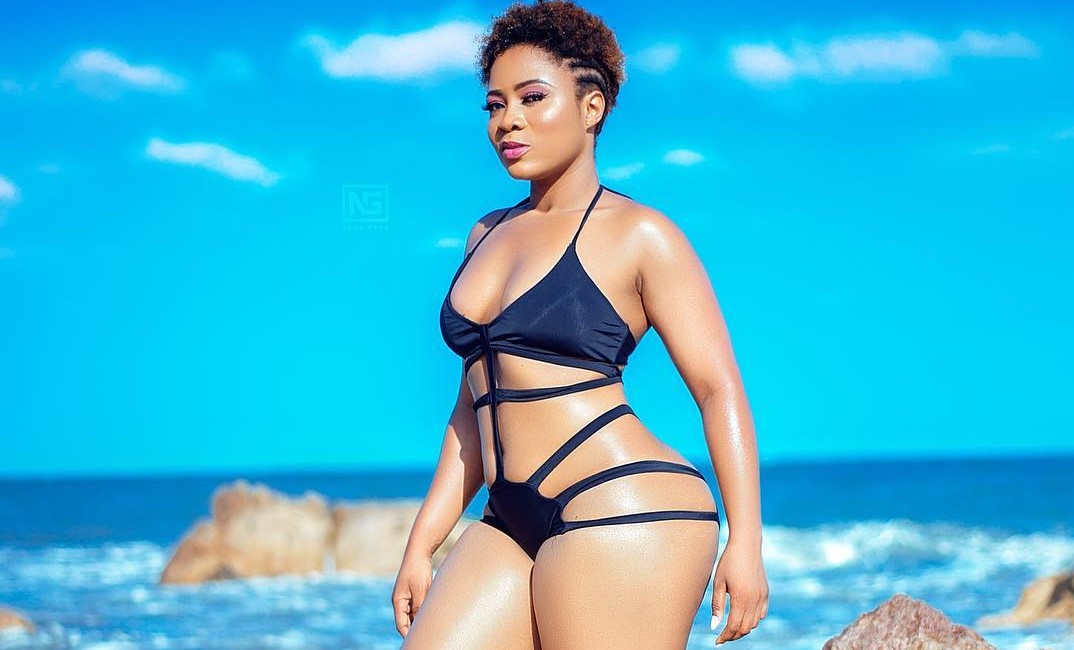 Ghanaian actress, Kisa Gbekle, has disclosed she spent over GHC 60,000 for her body enhancement procedure in Turkey.

The heavily endowed actress and movie producer added that the above mentioned amount of money included her business flight, accommodation, feeding, and others in Turkey.

Recalling the fact that the actress strongly advocated against body enhancement surgeries in the past, she told Zionfelix in an interview that, “I know, I know you are going to bash me because I spoke against that several times on your show.”

Kisa Gbekle revealed that she underwent the surgery because she developed a very big tummy during the days of the lockdown in 2020.

“When Covid came, I was having a lot of fun. I didn’t train because all the gyms were closed, you know I trained a lot. I was just in my house eating and sleeping.

After some time, I started growing fat and I had to think if I would be able to burn this fat to the way I used to be or just go get it done.”

“Despite the fact that I spoke against it a lot, I said life is just one and this is just me. I have to do this because I need to look good to come to the business that I do so I opted for it,” Kisa explained.

However, the host countered her explanation  that she rather went for the surgery because she gave birth, to which the actress answered in the negative.

“Who said I gave birth? Not yet but even if I give birth that’s very good news,” she added.