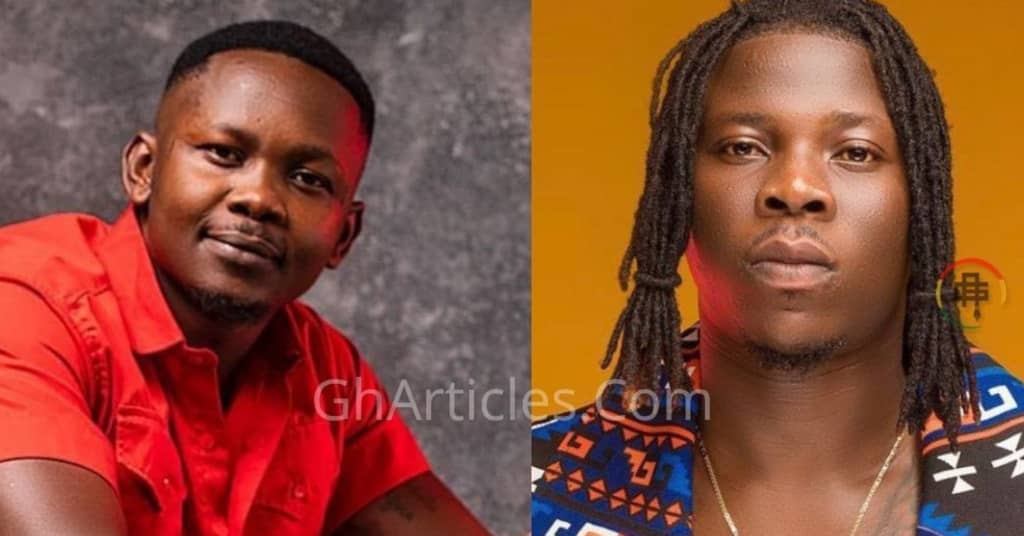 Leader and founder of the Bhim Nation fanbase, Stonebwoy has ruled out the possibility of re-uniting with his former manager, Blakk Cedi in latest interview.

Stonewhoy, who was speaking to Blakk Rasta on Zylofon FM disclosed that he has moved on and found a lot peace after he parted ways with Blakk Cedi.

In 2019, the Everlasting hitmaker revealed that he has break away with his manager and noted that there was no signing of any contract that allowed them to work together.

On September 20, Stonebwoy revealed that his longtime friend and working partner, Blakk Cedi was no longer his manager.

The decision, he had said, was part of structural amendments that have been made at his Burniton Music Group label.

THIS IS TRENDING:   "A Poor Man Has No Business In Marriage" - Prophet Opoku Sarkodie Reveals

“The most important thing is to find peace with your individual self and that will reflect in a lot things moving ahead and I think I have found peace dealing with myself and the industry as a whole. Look at me I bring peace,” he said.

Reacting to Blakk Cedi’s claims that he dropped out of school to work with Stonebwoy and the dancehall artiste sacked him.

Stonebwoy noted that his former manager and longtime friend completed Takoradi Poly and he brought him in to work with him because there was no employment for him after school.

According to Blakk Rasta, his former manager says he still believes Stonebwoy would one day call him back to work with the Putuu crooner again.

However, Stonebwoy ruled the possibility of smoking a pipe with his former manager out. According to him he has moved on lot and he thinks there is no room for Blakk Cedi.

He further added  that he saw him at his Yam Festival at London but didn’t talk because he was far away from him.

THIS IS TRENDING:   Blac Chyna Gets Baptized On Birthday As She Gives Life To Christ

THIS IS TRENDING:   Blac Chyna Gets Baptized On Birthday As She Gives Life To Christ