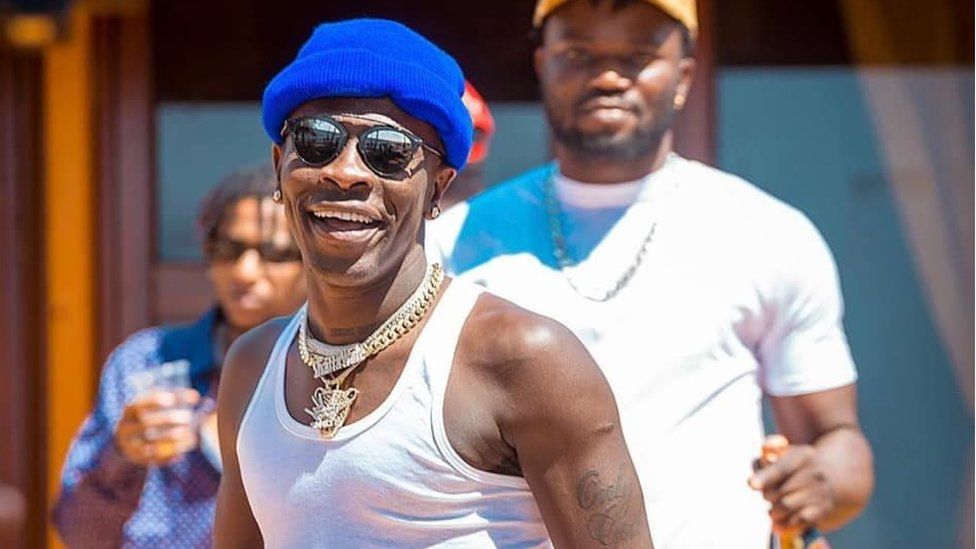 Ghanaian dancehall artiste Shatta Wale has released his first video after he was arrested and remanded into the Ankaful prison for faking being shot.

The musician who was granted bail of 100k today as well as Gh100k each for his three accomplices taken to his social media thanked everyone who supported him when he was in prison.

In the video which has gone viral, Shatta wale was seen sitting in his car as he smoked and thanked all who were there for him when he was away.

Meanwhile, Joana Krah, the 29-year-old woman arrested recently in Takoradi in the Western Region for allegedly faking her abduction has been sentenced to six years imprisonment.

Ms. Joana Krah has been charged with deceiving a public officer and publication of fake news.

She was on Monday, October 25, 2021, arraigned before the Takoradi Habour Circuit Court A, presided over by his honour Michael Kwodjoe Ampoadu.

Although earlier police reports indicated that suspect Joana Krah conspired with other two suspects–Susan Awortwe and Francis Eshun– to fake her kidnapping, the other two were not brought to court.

Joana Krah according to the police conspired with the two others to feign her kidnapping, after which a call was placed to her godfather in demand for the ransom.

When Joana became aware that her godfather had reported to the Police and an extensive search had commenced to find her, she showed up at the Takoradi Central Police Station on Saturday, October 23, to confess.

“Anyone Who Says God No Dey, No Get Sense” – Shatta Wale Quote Bible After Court Bail In New Video

THIS IS TRENDING:   PHOTOS: Kenyan Businesswoman Gifts Her Son A House on His 6th Birthday

THIS IS TRENDING:   Delay’s Reaction After Akufo-Addo Eulogised Her In New Video