There was drama at the Circuit Court in Accra when the Head pastor of the Glorious Word Power Ministries International, Reverend Isaac Owusu Bempah, arrived for a hearing on Monday, September 13, 2021.

Some of his church members who accompanied him tried to stop journalists from filming his arrival.

Using insults and jostling, they tried to disperse the media outside the court.

They also tried to stop the media from entering the courtroom, which sparked a confrontation.

Police officers at the premises subsequently denied journalists access into the courtroom.

Reverend Isaac Owusu Bempah and three others were arrested for the creation and circulation of multiple videos containing threats, and the brandishing of a weapon, and the assault of some police personnel.

READ ALSO:   'There Can't Be An Entertainment Industry Without Hype' - Arnold Asamoah Responds To Stonebwoy (Video)

The police say they arrested the suspects “after critically analyzing the said videos and based on intelligence gathered”.

In the meantime, two other suspects are said to be on the run and are being pursued.

The injured police personnel have also received medical treatment, according to a police statement. 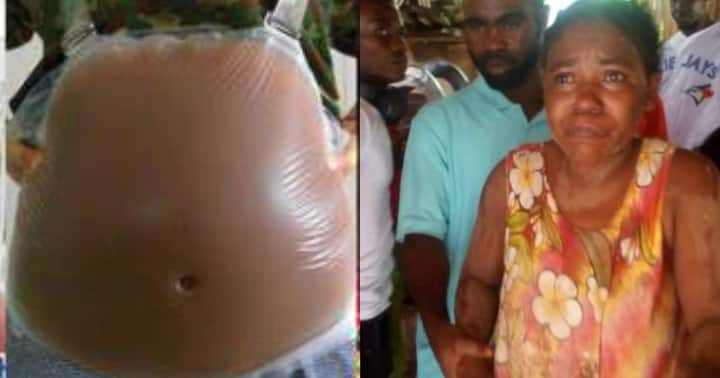 Emmanuel Basintale, a prosecutor on the case of Josephine Panyin Mensah, the woman at the center of the controversy of the fake pregnancy and kidnapping, claims she bought the belly bump in the market.

In a new report filed by 3News reports, the 29-year-old woman bought the belly bump which gave the impression that she was pregnant from the Takoradi Market Circle, at GH¢30.

The prosecutor said contrary to what most people are saying, the suspect was not under any form of pressure on Friday, September 24 when she made the confession.

Basintale also told the court that Josephine’s last visit to the Takoradi Hospital was on Friday, May 21, during which she had been diagnosed with Pelvic Inflammatory Disease after a scan.

Josephine Panyin Mensah pleaded not guilty in court despite claims by the police that she confessed to faking her kidnapping and pregnancy. She was arraigned before a Takoradi Harbour Circuit Court A in the Western Region.

Josephine was answering charges of deceiving a public officer and publication of false news with intent to cause fear and alarm to the public The 27-year-old was granted bail at GH¢50,000 with two sureties and asked by His Honour Michael Cudjoe Ampadu to reappear on Thursday, October 14.

Prior to her appearance in court, the acting Director-General of Public Affairs at the Ghana Police Service, ACP Kwesi Ofori, said Josephine will be prosecuted for faking pregnancy and kidnapping.

According to ACP Ofori, action may be taken against her because she wasted the resources of the police by creating a fake story and sending the police on a fruitless assignment.

He said looking at the development closely, there is a greater possibility that she might appear before the court to face the law.

BoG To Gradually Phase Out GH¢1 And GH¢2 Notes 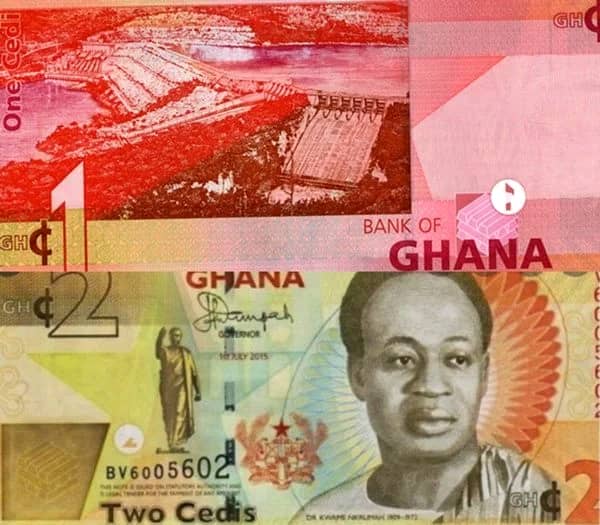 The GH¢1 and GH¢2 notes will be phased out of circulation soon, as the Bank of Ghana gradually plans to remove them from circulation.

According to the Central Bank, the poor handling of the notes, that is torn and soiled, make it expensive to print them.

Governor of the Bank of Ghana, Dr. Ernest Addison, addressing the press said the Central Bank will not print any more of the ¢1 and ¢2 notes when those in circulation are phased out.

According to him, the two denominations will be replaced by the ¢1 and ¢2 coins respectively.

BoG To Gradually Phase Out GH¢1 And GH¢2 Notes

“Both the GH¢1 and GH¢2 notes would eventually be phased out because they are not cost-effective in terms of the printing cost”, he pointed out.

“These are notes that circulate very widely, and they come back very torn and soiled and they are very difficult for our currency processing machines to process. We have bales and bales of ¢1 notes that we are not able to process”, Dr. Addison stressed.

“What we have done in the last two years is to introduce the ¢2 coin. You would expect that, eventually, it would more or less play the role that the ¢2 note is playing.” In her first appearance in court on Monday, September 27, 2021, Josephine told the court that she is not guilty despite claims by the police that she confessed to faking the kidnapping and the pregnancy.

She was arraigned before a Takoradi Harbour Circuit Court A in the Western Region. In a report filed by Citinews, the woman appeared calm when she was brought in to the court at 6:00 am to stand trial.

She is reportedly facing two charges of deceiving a public officer and publication of false news with intent to cause fear and panic.

According to a similar report filed by 3news, she has been granted a bail of GH¢50,000 with two sureties.

This is a developing story, more  to follow soon…

Earlier on, the acting Director-General of Public Affairs at the Ghana Police Service, ACP Kwesi Ofori, said the Takoradi woman, Josephine Panyin Mensah will be prosecuted for faking pregnancy and kidnapping.

According to ACP Ofori, action may be taken against her because she wasted the resources of the police by creating a fake story and sending the police on a fruitless assignment.

In a Citnews report, he said looking at the development closely, there is a greater possibility that she might appear before the court to face the law.

He explained that the police deployed 40-member search team and even provided police security, only for everything to be false.

ACP Ofori said a Police criminal phycologist and the head of the police Counselling Department were brought in from Accra to Takoradi to assess her and offer assistance.

He added that if all that is quantified, it is a big investment, but the police will continue to offer good support to our people and offer assistance.

Still on the matter, earlier on GhArticles.com reported that the suspect at the centre of what many have described as a wild goose chase in Takoradi is scheduled to be arraigned this morning.

Josephine Panyin Mensah, 29, is expected to appear before the Takoradi Circuit Court as investigations intensify into the circumstances surrounding her pregnancy and which the Police say was faked.