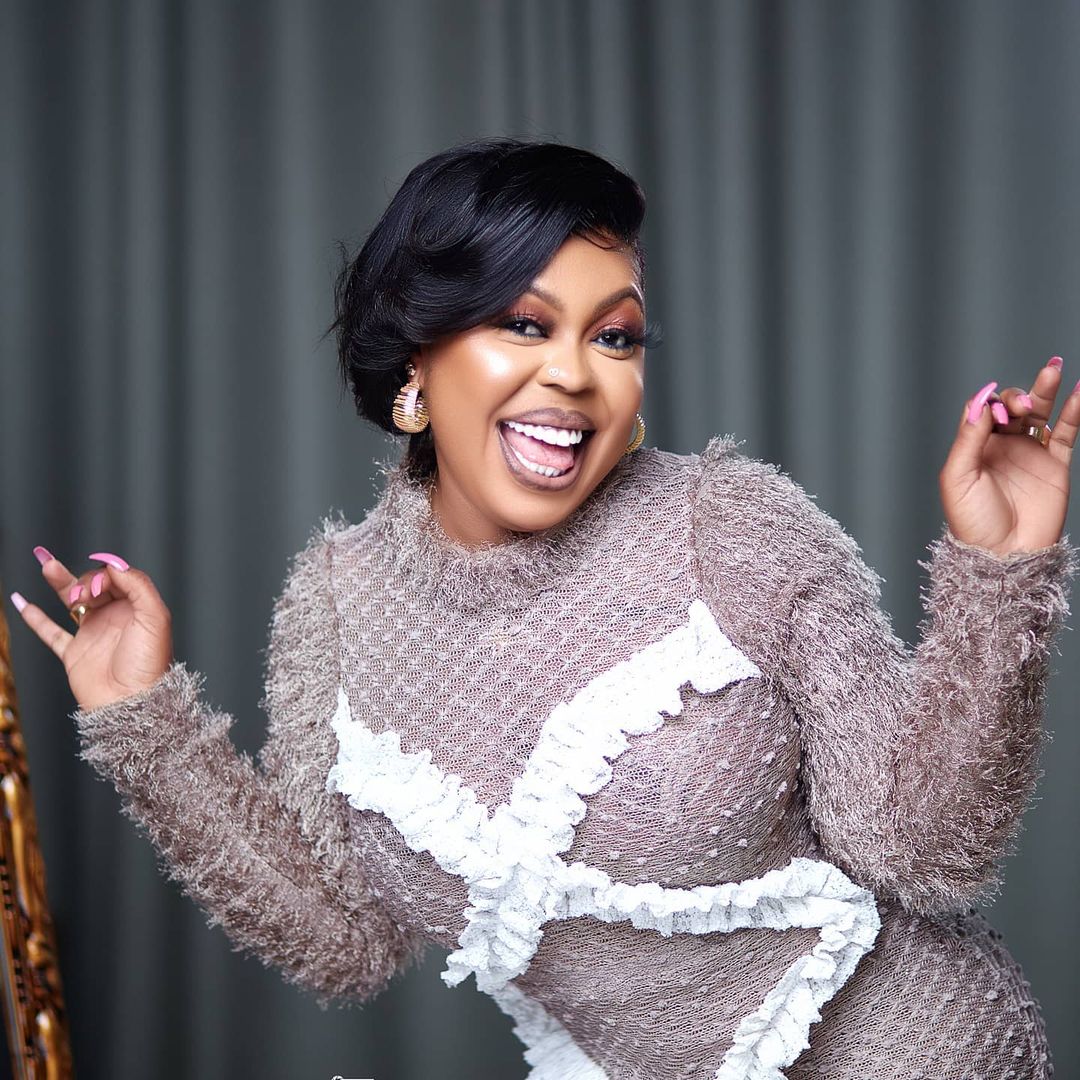 Radio and TV personality Afia Schwarzenegger has revealed that the Chief of Staff, Frema Opare, was instrumental in the preparation of the final rites for her late father.

According to her, the Chief of Staff donated ¢50,000 to her and her family not only for the funeral but also for the transportation of her father’s coffin to Ghana.

In a video posted on Instagram, Afia noted that Frema Opare even after the donation urged her to make known any extra cost the family have to bear so she could help.

The actress stated that she was extremely grateful to Frema Opare for her immense contribution adding that the family may not even have an extra cost to bear.

Going on her knees Afia Schwarzenegger prayed for the Chief of Staff and thanked her for her efforts in ensuring that her father’s funeral was held peacefully.

Meanwhile, the actress in other posts revealed numerous people helped her give her father a befitting burial.

Also at the funeral, Ashanti Regional Chairman of the governing New Patriotic Party (NPP) Bernard Antwi Boasiako popularly known as Chairman Wontumi made a donation of ¢4,000.

Afia Schwarzengger’s late father’s funeral was held at the KNUST in Kumasi, in the Ashanti Region, on March 12, 2022.

The event was witnessed by a host of dignitaries and celebrities including Stacy Amoateng, Tracy Boakye, Brother Sammy, Opambour among others.

WATCH ALSO: Video of Afia Schwarzenegger explaining why she slapped the young man at the funeral below

The Kardashians Are Back! Check Out The New Trailer For Their Reality Series With Hulu

THIS IS TRENDING:   Stonebwoy’s Daughter, Jidula Speaks Twi With A Touch Of Britain; Fans Wowed [Watch]

THIS IS TRENDING:   Hajia4Real Falls In Pool During Dance Challenge [Video]

THIS IS TRENDING:   Hajia4Real Falls In Pool During Dance Challenge [Video]

THIS IS TRENDING:   Stonebwoy’s Daughter, Jidula Speaks Twi With A Touch Of Britain; Fans Wowed [Watch]