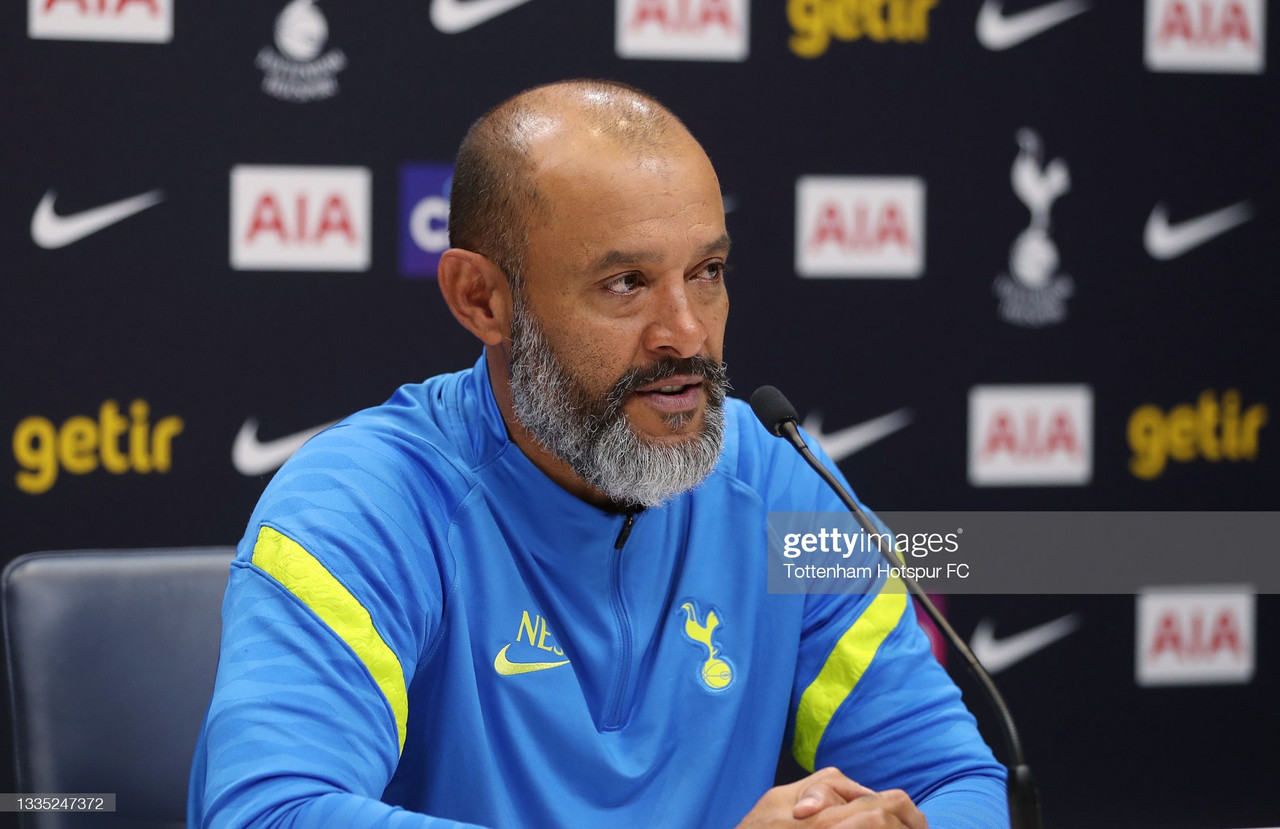 Nuno Espirito Santo has been sacked by Tottenham less than five months after being appointed as head coach.

Former Chelsea boss Antonio Conte, who Spurs targeted before appointing Nuno in the summer, will fly into London for talks with the north London club on Monday, according to Sky in Italy.

Talks between Tottenham and the Italian, who has been out of work since leaving Inter Milan in the summer, are already well advanced, with negotiations understood to be in their final stages.

Tottenham are eighth in the Premier League, 10 points off leaders Chelsea, after the 3-0 home defeat to Manchester United on Saturday.

Nuno, 47, signed a two-year contract in June following a protracted search to find Jose Mourinho’s successor, with his tenure lasting just beyond four months and a total of only 17 games.

The departure of Nuno Espirito Santo, who left Wolves in May after four seasons in charge, means Tottenham are looking for their fourth permanent manager in the last three years.

A Spurs statement said: “The club can today announce that Nuno Espirito Santo and his coaching staff Ian Cathro, Rui Barbosa and Antonio Dias have been relieved of their duties.

“A further coaching update will follow in due course.”

Spurs are next in action with a home game against Vitesse Arnhem in the Europa Conference League on Thursday ahead of a visit to Everton in the Premier League on Sunday.

Spurs managing director of football Fabio Paratici added: “I know how much Nuno and his coaching staff wanted to succeed and I regret that we have had to take this decision.

THIS IS TRENDING:   PSG Makes Massive Cash On Messi’s Shirt Sales; Price For Each Jersey Revealed

“Nuno is a true gentleman and will always be welcome here. We should like to thank him and his coaching staff and wish them well for the future.”

Tottenham fans booed Nuno’s decision to replace Lucas Moura with Steven Bergwijn in the second half of the defeat to United, which followed last weekend’s Premier League loss at West Ham.

Sections of the Spurs support also chanted “we want Levy out”, with England captain Harry Kane, who expressed his desire to leave the club during the summer, also a target of frustration for some fans.

Antonio Conte Set To Be Appointed As Tottenham Manager

THIS IS TRENDING:   PSG Makes Massive Cash On Messi’s Shirt Sales; Price For Each Jersey Revealed

THIS IS TRENDING:   UCL: Barcelona Drop To Europa League After Bayern Defeat

THIS IS TRENDING:   "I Am Currently Not Fit To Play For The Black Stars , I Have To Earn The Call-Up" - Asamoah Gyan

THIS IS TRENDING:   UCL: Barcelona Drop To Europa League After Bayern Defeat