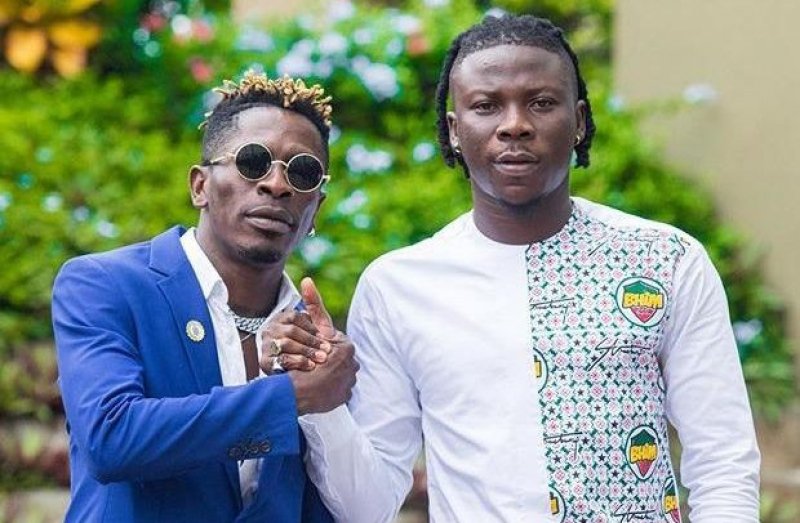 Ghanaian Dancehall artiste, Shatta Wale is back on the gram with his social media ranting and fighting with his colleagues in the industry.

Shatta Wale and Stonebwoy became very good friends almost like brothers after they ended their beef some years back.

Recently even Shatta Wale vowed he would never drag Stonebwoy into his beef with Nigerian superstar, Burna Boy when the Ayoo hitmaker took a stand with Nigerians.

However, it seems the leader of the Shatta Movement family has changed his on that vow as he has come again to revive his beef with the Putuu crooner.

This comes after Stonebwoy and some Ghanaian celebrities were invited by the National Lottery Authority for a meeting, however, Shatta Wale was left out.

Angry Shatta Wale descended on Stonebwoy for attending the meeting after he has tried several times to advise him to never endorse NLA activities because of scammers.

According to him, Stonebwoy behaves as if he’s the only one who has a family to take care of. He added that most of the things he does are not of good quality or fake.

Well, Stonebwoy is yet to react to these claims from his music colleague and friend.