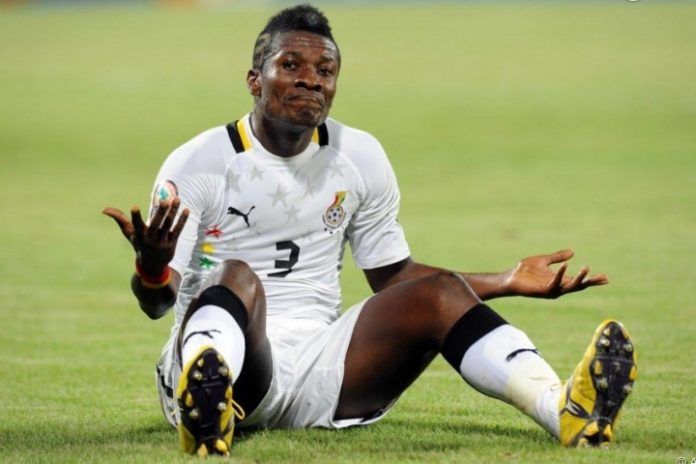 Asamoah Gyan has expressed his disappointment following his return to the Ghana Premier League last season.

The Ghana legend, prior to the start of the 2020/21 Ghana Premier League season, joined Legon Cities on a one year deal.

Gyan was expected to revive the local top-flight but failed to glitter due to consistent injuries.

According to him, he was expecting the fans to hugely welcome him back to the local scene but was disappointed with how he was received.

“I was expecting the fans to respond positively to my Ghana Premier League comeback, but unfortunately it wasn’t so but life goes on,” he told Asempa FM on the Ultimate Sports Show.

I was expecting the fans to respond positively to my #GHPL comeback, but unfortunately it wasn't so. However, life goes on.

The 34-year-old, prior to his move to Legon Cities, was strongly linked to Asante Kotoko.

Asamoah Gyan grabbed the headlines when he was a host to help conduct the 2021 Africa Cup of Nations [Afcon] draw on Tuesday in Cameroon.

He is the country’s all-time leading goalscorer with 51 goals but has been out of the senior national team, the Black Stars after the last edition of Afcon in Egypt in 2019.

Afghan Footballer Falls To Death From US Plane In Kabul

READ ALSO:   'I Have Decided To Get Coaching License' Asamoah Gyan Throws Light Into His Plans Of Coaching