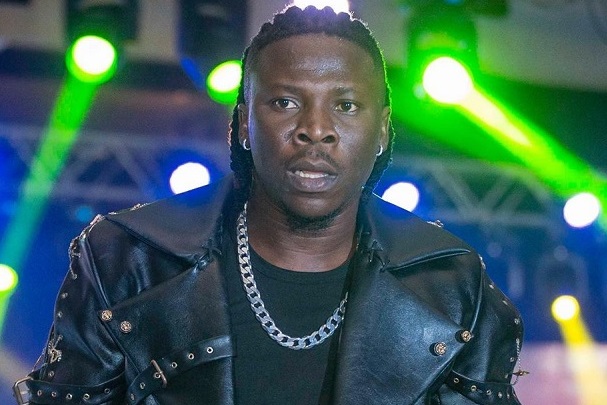 Dancehall musician, Stonebwoy has dragged himself into controversy after introducing a ‘new way to make quick money’ to his fans.

Accordingly, a coalition of aggrieved Customers of Menzgold Ghana, has called on the Economic and Organised Crime Office (EOCO) and the Criminal Investigation Department (CID) of the Ghana Police Service to arrest Stonebwoy.

This follows how the Ghanaian dancehall artiste has been promoting a non-fungible token (NFT) SidiCoinNFT to his followers online. The group want Stonebwoy arrested for endorsing and promoting “an unlicensed financial scheme”.

In a statement co-signed by the Public Relations Officer (PRO) and Vice-President Francis Owusu, the Coalition also wants the dancehall artiste stripped of any “national or corporate award” earned.

According to the Coalition, “Ghana has not forgotten so soon that Livingstone Etse Satekla alias Stonebwoy was one of the lead brand ambassadors for the botched Menzgold investment where, in a similar fashion, he and others lured their followers into investing in Menzgold which has resulted in the deaths of not less than 179 victims with many others down with various degrees of ailments”.

“This unlicensed sidicoinNFT has been structured in almost the same manner as Menzgold was”, the group said.

“Their legal terms, purity of gold of the coin being offered, fixed percentages of dividend one is assured of, and language of their terms and conditions cleverly tells you that this business is” cast in the mould of NAM1’s collapsed Menzgold, the group added.

The group said the “media reports that this new scheme belongs to NAM1 is not doubtful and, as victims of Menzgold, we cannot understand why this gentleman has been a bi-annual innovator, creator and father of modern-day schemes in Ghana and our state authorities continue to look on helplessly in bringing him and his assigns including Stonebwoy to face full justice.”

It urged “customers of Menzgold not to patronise this sidicoinNFT in town” whilst calling on “the relevant security agencies and state authorities to investigate, arrest, and prosecute all those behind this sidicoinNFT and its brand ambassador Stonebwoy without delay.”

Adinkra Pie CEO And Wife Step Out In Style