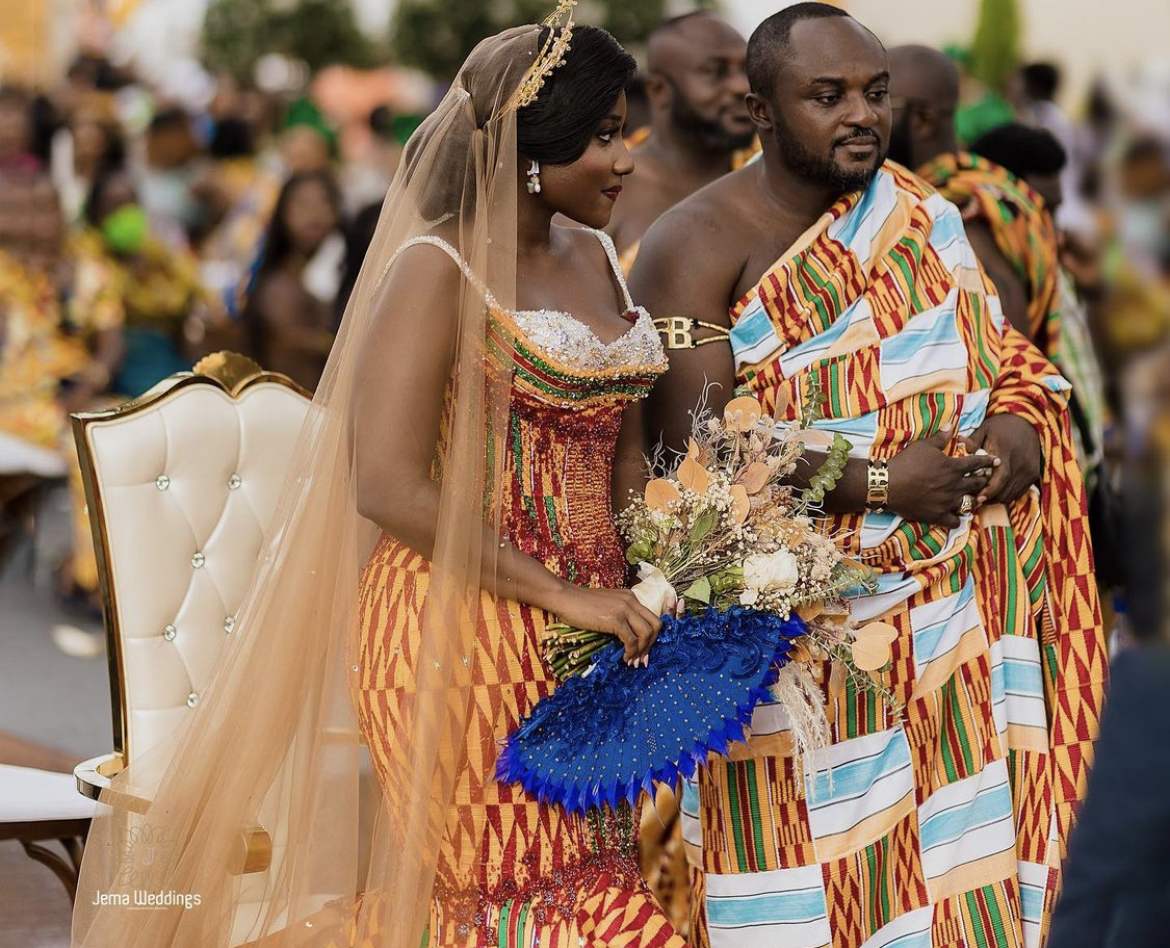 The couple were spotted at the enstoolment anniversary of the Asantehene, Otumfuo Oseu Tutu II.

To celebration of his anniversary, Otumfuo held a thanksgiving service at the St Cyprian’s Anglican Church in Kumasi.

The Adinkra Pie CEO and his wife were among the many prominent guests who joined Otumfuo’s celebration.

Arriving at the church premises, the couple was in a lovey-dovey mood.

In a video shared on Instagram by @sweet_maame_adwoa, the husband and wife were showing a rare public display of affection.

The two walked arms-in-arms and were all smiles as they exchanged pleasantries with guests.

Her husband wore white kente but she opted for a simple white gown.

‘You Must Start Work’ – Chairman Wontumi Orders Delay To Go Back To Wontumi Radio; Celebs React