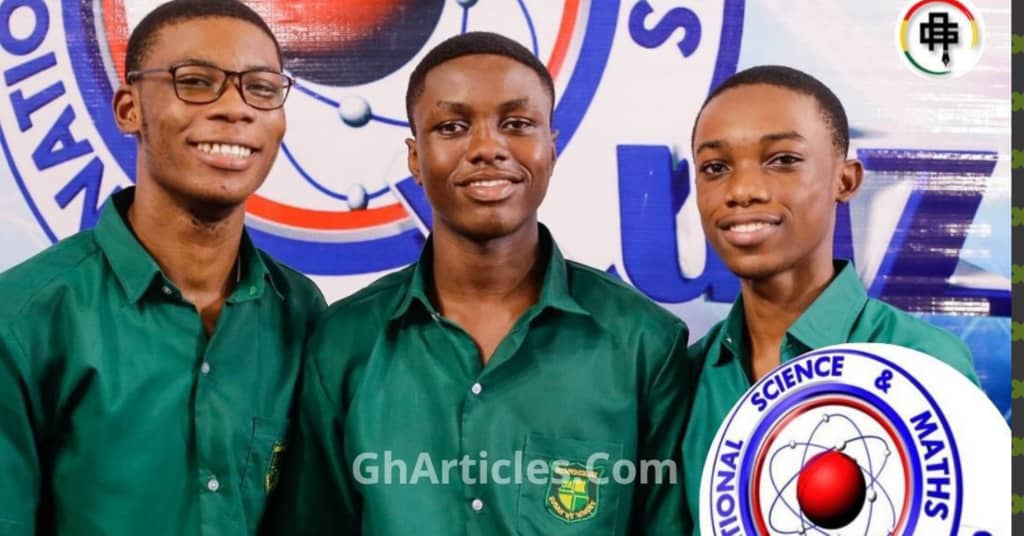 The much touted phrase ‘serving a living God’ by the Presbyterian Boys Secondary School did not materialise as God, instead decided to ‘Glory5’ Prempeh College.

The ‘Amanfuo’ has been crowned the champions of the 2021 National Science and Maths Quiz (NSMQ) after attaining a substantial victory over the ‘odade3s’ and the ‘Dzoloalians (Keta SHTS) in the final contest.

The race, right from the beginning of the first round, saw a keen and stiff competition by all the three schools as they lock horns neck to neck for a lead.

Although Prempeh College won, it was a super tough five rounds for all the three schools.

At the end of that tough round, Presec-Legon scored 17 points, followed by Prempeh College with 16 points while Keta SHTS garnered 15 points.

The second round’s speed race got intense as all the finalists, especially Ketasco, scrambled to accumulate points.

But the ‘Christian gentlemen’ still maintained their dominance with a five-point margin ahead of Prempeh.

The ‘Amanfuor’ finished with 21 points while Presec beat them with 26 points.

Problem of the Day favoured the contestants of Prempeh College as they secured a perfect score of 10 points.

That feat landed them the Prudential Life NSMQ Star award worth GH₵4,000. Each of the three contestants will receive GH¢1,000 with their teacher getting the rest.

THIS IS TRENDING:   Gov't To Start Taxing Online Businesses

Both Presec-Legon and Keta SHTS scored seven points each at the end of the third round.

The True or False round had the ‘Dzolalians’ substituting Francisca Lamini with James Lutterodt. Presec equally made a substitution for Joel Aboagye to take over from Henry Otumfuor.

Although they did not make any substitution, Prempeh had almost all their answers right in the fourth round.

At the end of the fourth round, Prempeh took over from their fierce rivals with only a point-margin.

The highly-anticipated race was finally decided in the last round where the boys from the ‘University of Sofoline’ proved their mettle to defeat the Presecans.

Eden Obeng was quick to answer the first riddle correctly to put Prempeh ahead of Presec.

As if that was it all; he made it matter most when he ‘tamed’ the Presec boys by quickly answering the second riddle right!

You can just imagine it. Presec’s Joel Aboagye attempted to answer the third riddle but woefully lost it. He, however, got the last riddle right but that was not enough to grant them any better chance of winning the coveted prize.

The dream of claiming the trophy for the seventh time got thwarted, alas!

That sent the supporters of Prempeh into frenzy as they roared in massive jubilation in the KNUST’s Great Hall. The host and win agenda finally became a reality when the ‘Seniors’ floored the boys with an outstanding brilliance.

Five! Five!! Five is all that’s running through the minds and lips of all those who supported Prempeh’s journey in the 2021 NSMQ from the beginning through to the finals.

The trophy has been retained in Kumasi.

At the end of the contest, Prempeh College amassed 53 points while Presec-Legon accumulated 49 points with Ketasco managing 30 points.

Keta Senior High Technical School could not lift the first trophy but it is doubtless that they have made a name for themselves after rising through the stages to feature in the finals for the first time.

And here are the winners for the 2021 National Science and Maths Quiz (NSMQ), Prempeh College. It is now time to glori-FIVE the Lord. 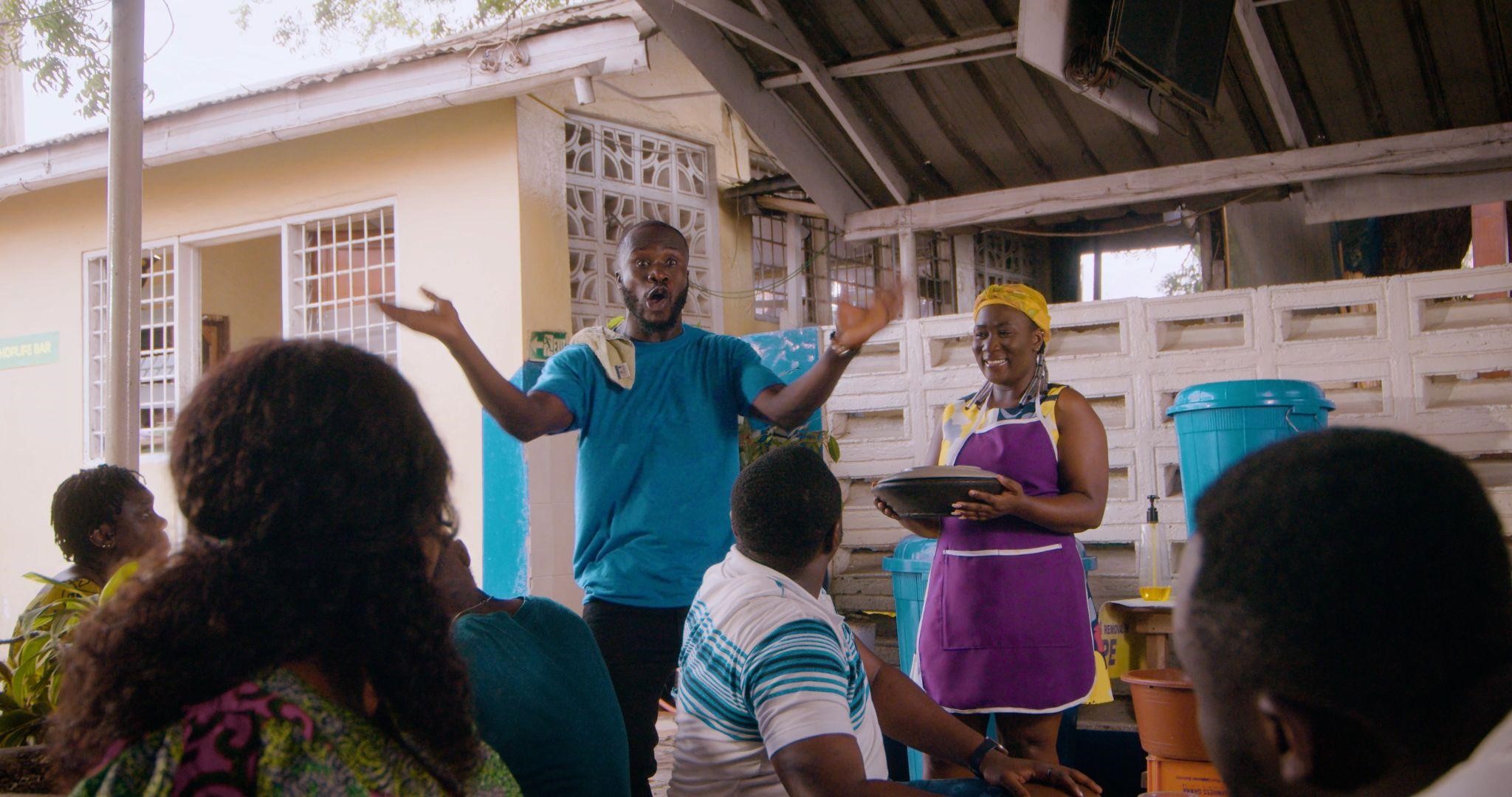 On October 14th, 2022, Lemonade Finance announced prolific actor and comedian, Dr Likee as a brand ambassador, alongside Deloris Frimpong Manso and John Dumelo. Now, Lemonade Finance is delighted to present the one and only ‘Ras Nene’ in “Wo bεka nukrε”. A first in a series of ads from the company.

Dr Likee stays in his usual character of spreading joy and laughter to his audience. Here, he brings his sharp wit and carefree character to a Chop Bar, hoping to eat and impress his long-time crush, Naomi. Spoiler alert! Thanks to Lemonade Finance, his Borga comes through. You can watch the ad here:

Dolapo Omotoso, Online Community Manager for Lemonade Finance, who has quickly become Dr Likee’s biggest fan in-house had this to say about the ad and about working with his team.

“The way Dr Likee and his team have taken to bringing our vision to life, in their own unique way has been exciting to watch, he really is a fan favourite. ”

You can download Lemonade Finance by following Customers who use the code DRLIKEE during signup will get a $10, £10 or C$10 cashback when they send over 100 Dollars, Pounds or Canadian Dollars to someone in Ghana or any our other supported African countries.

In addition to this series of ads, the Lemonade Finance website now has a new look, improved functionality, more information and a dedicated page for Ghana.

THIS IS TRENDING:   Gov't To Start Taxing Online Businesses