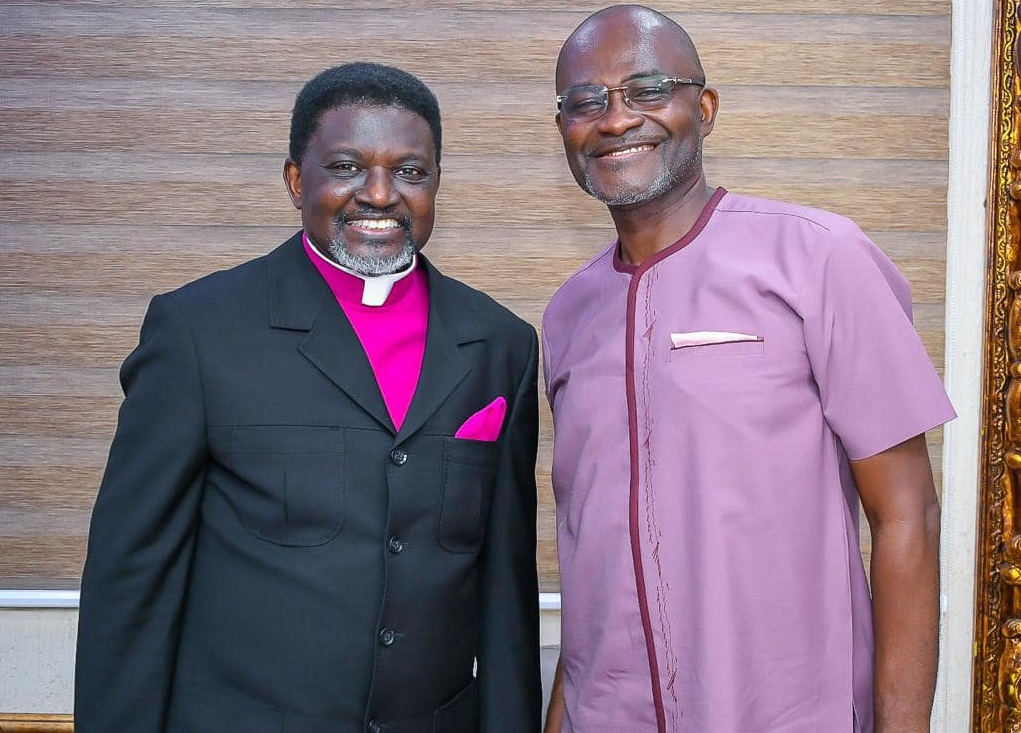 Assin Central MP Kennedy Agyapong caused a stir as he revealed some secrets of Bishop Charles Agyinasare to his congregation.

Among many things, Ken Agyapong told the congregants that their leader was once a wee smoker.

The MP who visited Agyinasare’s Perez Chapel added that the renowned ‘man of God’ is like Saul in the bible who changed to become Paul.

Addressing the congregation, Ken Agyapong disclosed that he was classmates with their Bishop at Adisadel College. They were in the ‘C’ class.

THIS IS TRENDING:   Joe Mettle And Wife Welcomes New Bundle Of Joy With Photos

At the time, he said, Agyinasare was very smallish but a stubborn boy who liked to tease others.

The MP also noted, despite his stubbornness, Agyinasare was a very brilliant student in their class.

“Bishop Agyinasare is a Saul who has become Paul…The way he mentions ‘ntampi’ (wee) shows he has a lot of experience in smoking.

“I have realized that before someone becomes a ‘true pastor’, he must have smoked ntampi. Your bishop was smoking a lot of ‘ntampi’,” the MP jokingly said.

THIS IS TRENDING:   Shatta Wale Continues To Chop Love With New Girlfriend; Another Video Drops As They Go On Baecation

His revelation sent the congregation into bouts of laughter. Even Agyinasare himself could not stop himself from bursting into laughter.

It was after the atmosphere calmed down that Ken Agyapong went on to talk about Agyinasare’s stubbornness and brilliance in school.

Watch below a video of Kennedy Agyapong’s revelation

Afia Schwar Gets New Job With Wontumi FM As Presenter; Fans Congratulate Her

THIS IS TRENDING:   'You Must Be Dealing With A Lot Of Small Girls' - Serwaa Amihere Replies Gambo

THIS IS TRENDING:   I Never Knew My Father Was Rich Until He Died – Mzbel

THIS IS TRENDING:   Joe Mettle And Wife Welcomes New Bundle Of Joy With Photos