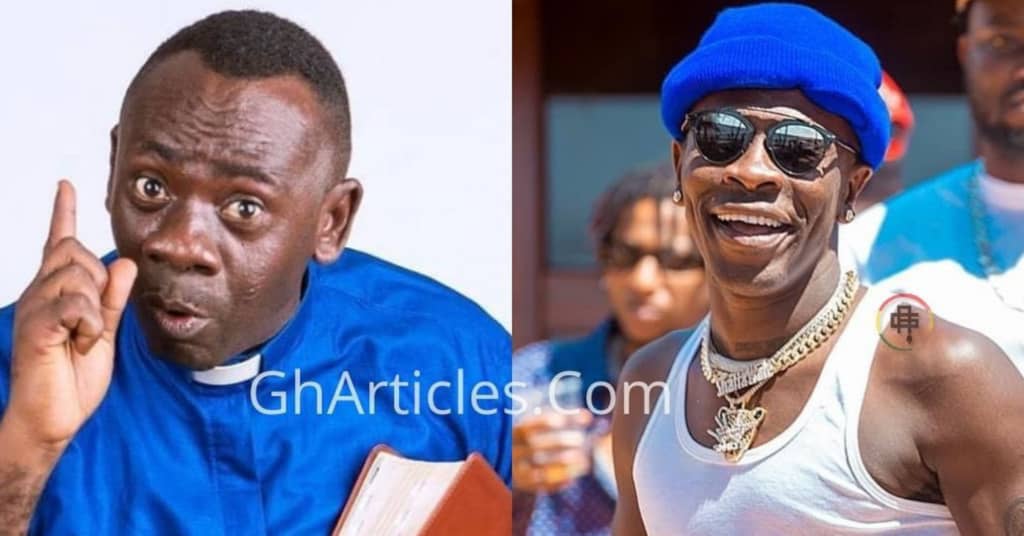 Veteran Kumawood actor turned media personality Akwasi Boadi who is popularly known as Akrobeto, has slammed Shatta Wale for the stunt that has landed him in prison custody.

According to Akrobeto, Shatta Wale acted childishly and made a big mistake by pulling up the stunt that was aimed in his opinion at trending.

“You haven’t been shot, why fake publicize a shooting incident, for what? Shatta, you make big mistake, I prove it to you. You are my brother but what kind of trending do you want?”

He stated that even Michael Jackson has died and been buried. “If you come back from remand, you must take things carefully…. public figures like us must do the right thing for others to emulate.

THIS IS TRENDING:   Sefa Apologies To Kintampo People After Calling The Town A Village

“If you do the wrong thing, the law will deal with you. Even Owusu Bempah got into trouble and was begging, Kwaw Kese smoked and got into trouble …so please if you come out, set your mind well,” he added.

He reiterated that Shatta Wale’s actions were very uncalled for and clearly caused fear and panic in the country. He cited the incidence of the recent fake pregnancy and kidnap saga in Takoradi and asked, “what at all do we want in this world?”

The artiste, real name Charles Nii Armah Mensah, is currently on remand at the Ankaful Prison after a court refused him bail.

He was arrested earlier this week after Police declared him wanted for his alleged involvement in the publication of fake news relating to a gun attack on him.

Meanwhile, the Ghana police service has cautioned celebrities and individuals who have embarked on the #FreeShattaWale campaign.

According to the police, Shatta is not above the law and would not be given any preferential treatment.

Shatta Wale will appear before the court on Tuesday.

Fella Is A Strong Woman Ooo! – Fans Praise Actress For Her Courage While Watching Police Manhandle Medikal Like A ‘Criminal’ (Watch)

THIS IS TRENDING:   Kim Kardashian In Tears As Ex-lover Leaks Second S3x Tape

THIS IS TRENDING:   'Serwaa Is A Strong Lady' - Fans React After Video Of Serwaa Amihere Feeling Herself Amidst Nvde Videos Leaked [Watch]