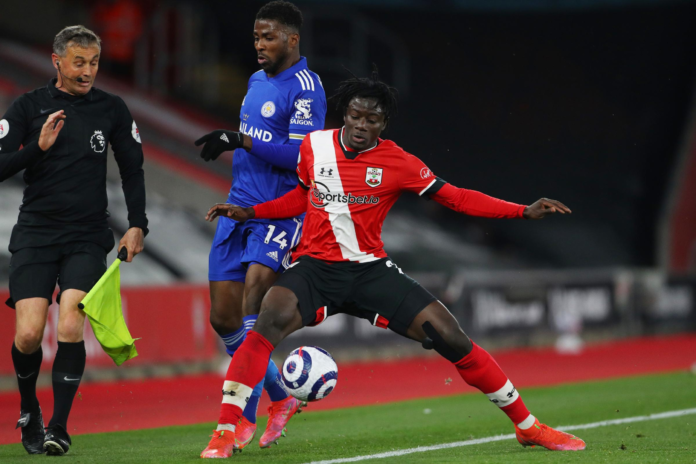 The Head of Communications of the Ghana Football Association, Henry Asante Twum, has revealed that several attempts were made to convince Southampton defender, Mohammed Salisu to play for the Black Stars.

Since the Black Stars’ recent qualification for the World Cup in Qatar, the debate over Salisu and some International based players have re-emerged.

Mr Twum, however, disclosed that attempts from the last three Black Stars coaches were turned down by the 22-year-old as ‘he needed some time’ to make his decision.

THIS IS TRENDING:   Pierre-Emerick Aubameyang Stripped Off Arsenal Captaincy

According to him, the current Black Stars coach, Otto Addo, also tried to recruit the young defender before the playoffs against Nigeria but was unsuccessful.

Salisu is currently one of the best young players in Premier League and important to his club this season after his impressive performance against leaders Manchester city and Arsenal.

Ghanaian fans believed Salisu would be a fantastic addition to the squad before the qualifiers, however, the current pairing of Daniel Amartey and Alexander Djiku during both legs against the Super Eagles have been hugely appreciated.

Ghana is expected to know its group for the world cup on Friday, April 1, 2022.

Related Topics:black starsGFAghanaGhArticlesgharticles.comMohammed Salisu
Up Next

THIS IS TRENDING:   'Unstoppable' Chelsea Hammer Spurs 3-0 To Win Derby

THIS IS TRENDING:   Pogba Withdraws From France Squad For World Cup Qualifiers
The Black Stars booked their place at the quadrennial tournament on away goals following a 1-1 aggregate score against West African rivals Nigeria in March.
“I shall surely be in Qatar but maybe a pundit or let’s see,” Gyan added.

THIS IS TRENDING:   Hearts of Oak Players To Bag GHc1000 Each If They Defeat Wydad Athletic -DEATILS