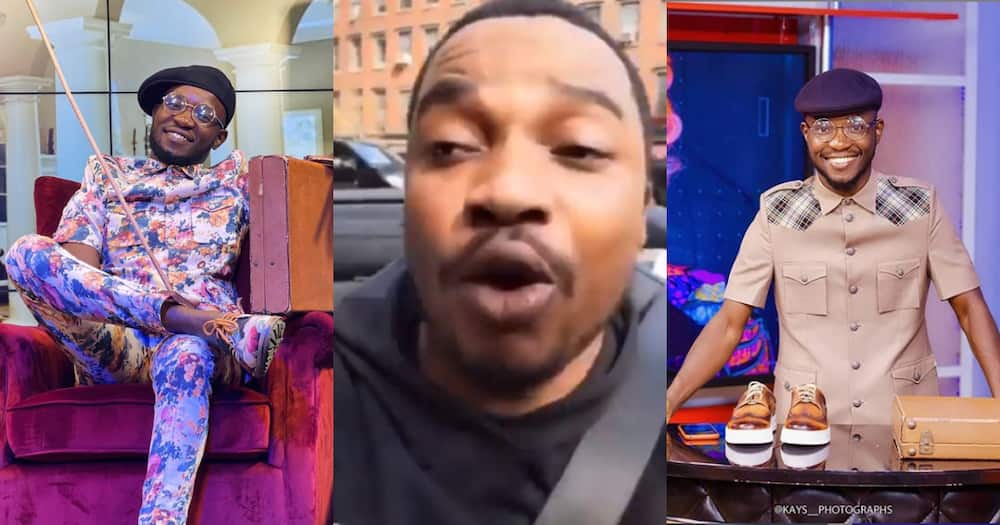 Popular Ghanaian social media commentator who resides in the USA, Twene Jonas, known mainly for trolling Ghanaian leaders and celebrities who ‘fault’ on social media has reacted to Teacher Kwadwo’s infamous sack letter by the GES.

According to Twene Jonas, the TV personality/ teacher should put a halt to his ceaseless rants and rave on social media and find ways and means to draw the lines between his career and profession.

He also jabbed Teacher Kwadwo for not making it a must to write lesson notes, although he had been reproved by GES many times for that behaviour.

The outspoken and candid social media sensation, Twene Jonas equally condemned GES for terminating Teacher Kwadwo contract over this trivial issue that can be resolved within a blink.

He promised to set in motion a savage besmirch campaign on the Minister of Education and the GES if Teacher Kwadwo is not called back to duty early next year.

Teacher Kwadwo, also a comedian who seemed unperturbed by the dismissal, took to social media to disclose the development regarding his teaching career.

He asserted: ”Okay, so for some “PROFESSIONAL” reasons I can’t post the content of the letter here but all that is in the letter is that my District Education Office through Ghana Education Service says that, they have sacked me,” he said.

He described the reasons for his dismissal as ”funny” as he warned of a protracted battle between himself and the GES. ”Their reasons are very funny.

This is going to be the fir-ever TEACHER vs GES fîght in the history of Ghana Education. Y’all relax because it will be all over the news soon and y’all will know the head and tail of it,” He added.

Cardi B Gifts Offset $2Million For His 30th Birthday [Watch]