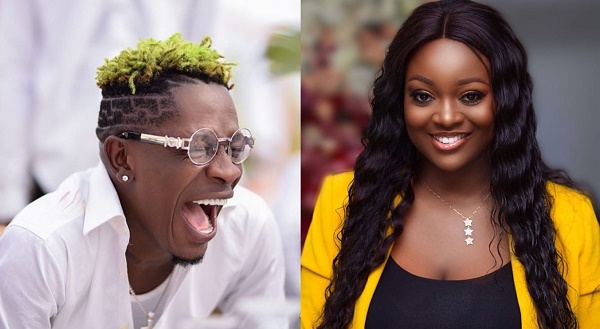 In 2020 March during the outbreak of the COVID-19 pandemic, Shatta Wale suggested that the government should pay some celebrities to create awareness about the virus and how it can be managed.

Speaking during an interview on 3FM monitored by GhArticles.com, Shatta Wale said “they’re working and they’re getting paid… They’re charging us with taxes here and there and we understand. Our royalties are not getting to us so we’re not even making that kind of money that we have to make; so if the government wants to engage me, Stonebwoy, Sarkodie or any other, they should know that there is something that needs to be done. It’s a tradition”.

However, in the same year, Jackie Appiah was asked if she agrees with Shatta Wale’s opinion and she said “We all need to educate each other…This is a global thing, it’s not just my industry alone. It’s quite sad…sometimes I use my platform to educate people”.

Speaking on 3FM back then, she emphasized that “I don’t need to wait for government; nobody needs to wait for anybody to call them. I think it is right for an individual to preach to people to talk to people that’s why we have the numbers. God has given us the numbers to educate people…everyone needs to educate people because people don’t understand [what is going on]”.

THIS IS TRENDING:   His Name is Sarkodie And He is The King - Kalybos Hails Sarkodie For Doing This [Watch]

In September last year, the National Lottery Authority (NLA) invited a number of Ghanaian celebrities to a stakeholder meeting. The meeting was about how to raise awareness against fraudsters using the NLA games to scam people.

It is believed that these celebrities which include Jackie Appiah, Stonebwoy, Okyeame Kwame, Akrobeto, Lil Win, Kalybos among others made a paid appearance so their influence can be used to intensify the NLA campaign.

According to Shatta Wale, he is disappointed in Jackie who disagreed with him that government should pay some celebrities to become COVID-19 education ambassadors yet showed up for the NLA event for a chicken change.

He also adds that the government through the Ghana Gaming Commission has banned celebrities from running ads for betting companies yet the same celebrities were used NLA and none of them could speak out. He chastised them for also keeping mute on the e-levy bill.

THIS IS TRENDING:   2 TV station managers arrested by Police for promoting fraudsters

THIS IS TRENDING:   Joyce Blessings opens up on her crashed Marriage

THIS IS TRENDING:   WATCH: Hajia4Real Shows Off Her Salah Cow In Bikini Video

THIS IS TRENDING:   Afia Schwar Orders Accra Fm And Nana Romeo To Apologize To Kidi.