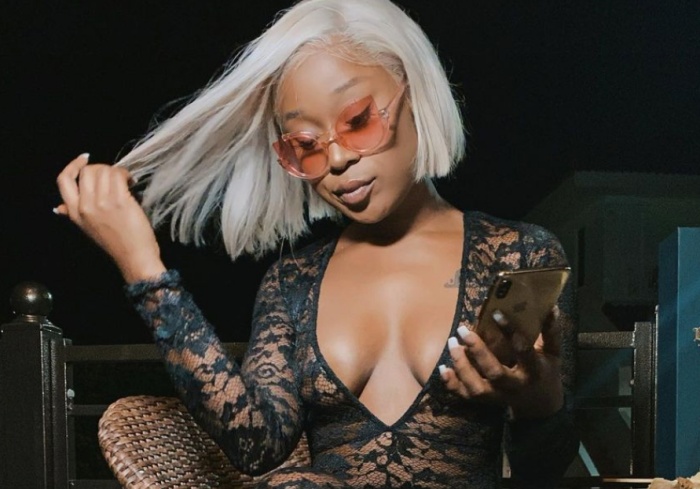 Ghanaian actress and television personality, Efia Odo, has launched a tirade at those who called for her arrest over the outfit she wore to Kwesi Arthur’s “Son Of Jacob” album.

Efia Odo has in a tweet fumed with rage, asking people to leave her alone and channel their energies into something profitable. Her bewilderment is why people have an interest in her arrest when criminals are parading around and causing harm to innocent people.

A few days ago, Efia Odo was seen in a black-coloured jumpsuit that was quite revealing as one of the numerous stars that took time out of their hectic schedules to support the boss of GroundUp Chale Music, Kwesi Arthur, at the listening.

She wore a see-through dress to the album listening of Kwesi Arthur, giving admirers a full glimpse of her lovely oranges.

Efia Odo’s choice of dress for the Son of Jacob album listening has caused a big backlash for her on social media.

Lawyer Maurice Ampaw, reacting to Efia Odo’s choice of dress for the event called for the arrest of a socialite.

According to him, Efia’s style of dressing was inappropriate, and hence the law must deal ruthlessly with Efia for her sense of profanity while using Wisa Greid’s report as a case study.

“You won’t go and arrest people who do illegal mining, the two pimples on my chest is what you’re worried about? Set your priorities straight and get off my chest! Jokers!”

You won’t go and arrest people who do illegal mining, the two pimples on my chest is what you’re worried about? Set your priorities straight and get off my chest! Jokers !!