Chicken is one of the most versatile forms of high-quality protein, which is why it’s commonly found in so many recipes. From being baked in the oven to grilled and put on top of a salad or in a sandwich, eating chicken can be a healthy (and versatile) protein choice. But, at the same time, it can be fried or layered with cheese and not so healthy, too.

Even though the preparation is crucial to making the healthiest choices, it’s possible your chicken could be sabotaged before it even makes its way into your kitchen or onto your plate.

According to recent science, there are some secret side effects of eating this popular meat that you may not realize. Read on to learn more about the impacts of eating chicken, and for even more healthy tips, be sure to check out our list of The 7 Healthiest Foods to Eat Right Now.1

It may increase your cholesterol levels.

A small study published in the American Journal of Clinical Nutrition found that white meat chicken increased the levels of LDL “bad” cholesterol in the same way that red meat does. This can also have a direct impact on your risk of heart disease.

According to Harvard Health, though, there were a number of limitations to this study: “The size of the study, 113 participants, was small; the duration was short (only 16 weeks); and there was a relatively high participant dropout rate.”

So, even though the study is valid and reputable, there definitely needs to be more research done on the topic.2

The majority of retail chicken breast is contaminated with bacteria.

Yes, you read that right. You could be eating chicken that’s contaminated with bacteria. 97% of the chicken breasts tested by Consumer Reports harbored bacteria—and it’s even possible that this bacteria is making you sick.

The 2014 study analyzed more than 300 raw chicken breasts purchased from grocery stores all over the United States. And the bacteria that was found in the majority of the chicken breasts was troubling, to say the least.

“More than half of the samples contained fecal contaminants. And about half of them harbored at least one bacterium that was resistant to three or more commonly prescribed antibiotics,” according to Consumer Reports. It’s definitely something to be aware of next time you head to the poultry section of the grocery store.3

READ ALSO:   Early Morning Wood? Here's Why Every Man Must Have It

It can lead to weight gain.

A study from Loma Linda University uncovered that there’s a correlation between diet type and weight, specifically finding that vegetarians have a lower body mass index (BMI) than meat-eaters do.

The participants in the study that followed a non-vegetarian diet ended up consuming higher amounts of saturated fat, trans fat, arachidonic, and docosahexaenoic fatty acids and lower amounts of plant proteins, fiber, beta carotene, and magnesium compared to those following a vegetarian diet.

While this study doesn’t specifically mention chicken, there are many chicken dishes higher in saturated fat like fried chicken and chicken parmesan among others, that can, when eaten over time, lead to weight gain.

However, it’s important to note that eating chicken by itself is not bad for you, as it can be a great source of lean protein, but make sure you are limiting the fat you’re eating with it.

Not to mention, pairing your chicken with lots of fiber-rich foods, like whole grains and veggies, is good for your body’s health as well.

Chicken with antibiotics has been linked to UTIs.

Retail chicken with a particular strain of E. coli has been shown to lead to a wide range of infections, including UTIs, according to a study published in the American Society for Microbiology’s journal mBio.

The longitudinal study was one year long, during which the researchers analyzed retail chicken, turkey, and pork purchased from major grocery chains.

“The team found E.coli in nearly 80% of the 2,452 meat samples and in 72% of the positive urine and blood cultures from patients”, according to Science Daily. It was this same strain of E.coli that was also found to be causing UTIs.

So, it’s important to look for chicken “raised without antibiotics” in the meat section to ensure you don’t run any risks of developing diseases.

Do You Love Drinking Coffee? You Need To Read This!!! 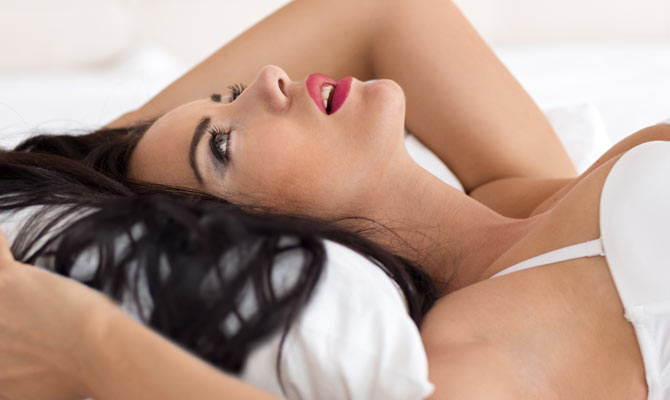 Doctors say that the menstrual cycle involves the cyclical rise and fall of hormones like estrogen, progesterone, testosterone, and DHEA(a hormone that your body naturally produces in the adrenal gland)

All of these hormones play an important role in your sex drive.

A study conducted in 2013 explored the connection in a group of undergraduate women. The researchers measured hormone levels over two menstrual cycles and then compared the results to daily journals, where these women recorded their sexual activity and feelings of friskiness.

The researchers found that the changing levels of estrogen and progesterone had quite an effect on libido. Estrogen drops at the beginning of your period cycle and then starts to rise up steadily by the second or third day. This promotes libido and desire. Progesterone, on the other hand, is at a low point. So it’s very much possible that you feel even more sexual in its absence.

Your sexual feelings can impact your mood during periods. Sex or orgasm are both known to relieve stress. And either or both of these could also be something that you subconsciously crave during your menstrual cycle.

In some cases, women would want to have an orgasm to relax their desires, while in others, they would want an intimate connection. What’s important is that you listen to your body and give it what it needs.

So, is your period horniness entirely dependent on your hormones? No. Women might like sex more or less during that time of the month, it depends on their physical comfort. For some women, sex is the last thing they want when they are bleeding and crampy. For others, sexual activity is what relieves them. The style icon dresses down stylishly and expresses her high fashion sense through bespoke African prints and other fabrics. She has graced our TV screens in nothing but simple and classy

Fella is redefining style and fashion for upcoming celebrities through her daily sartorial choices. Many try but they are unable to fit the list of best-dressed celebrities on the red carpet and even when she is stepping out.

READ ALSO:   Early Morning Wood? Here's Why Every Man Must Have It

When it comes to combining luxury items with Ghanaian brands, Fella is an expert.

One of her all-time favourite looks is all-brown attires. Difficult to pull off for others but not for Fella.

Here Is Why Exercising Naked Is Much Better 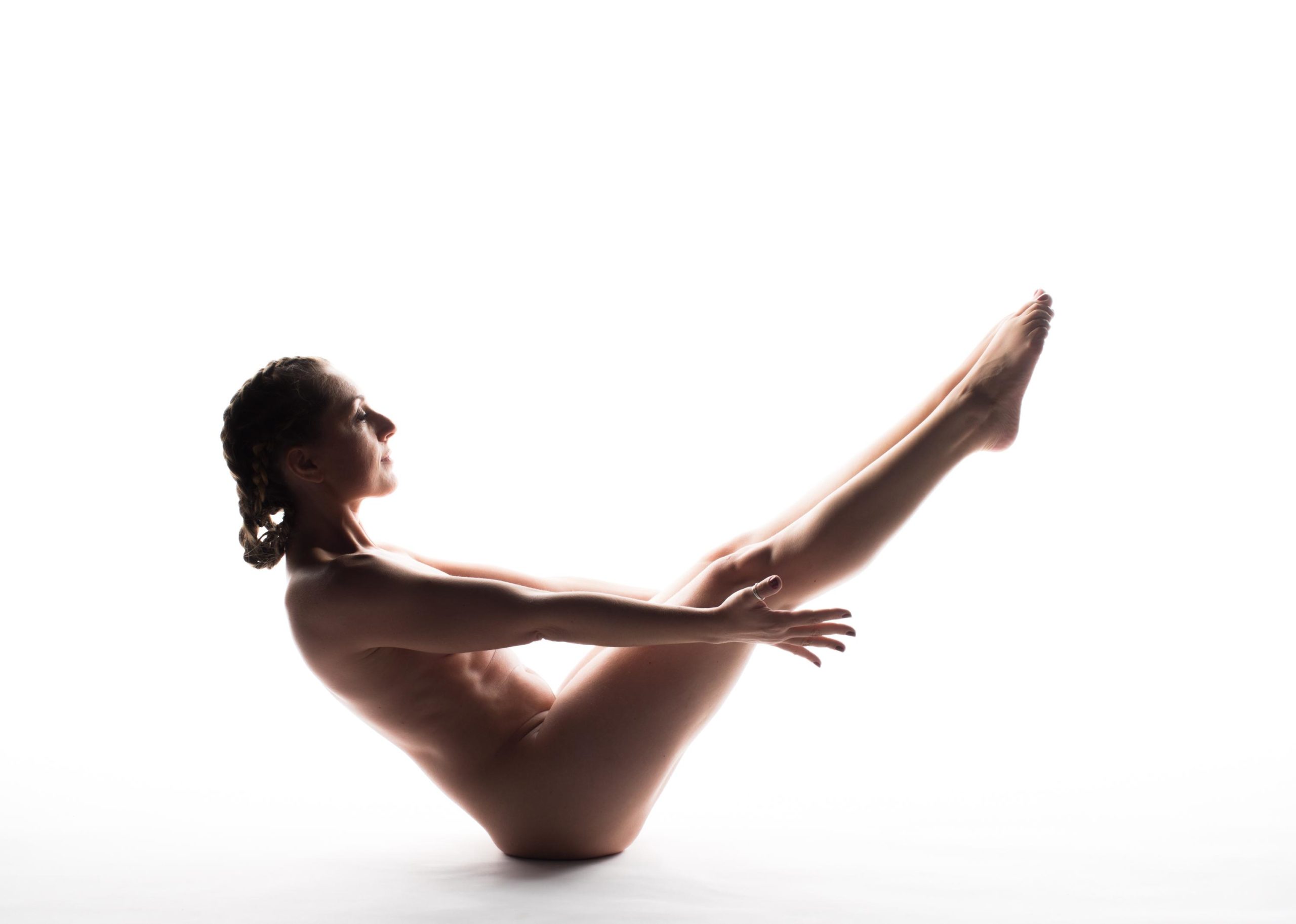 Exercising naked at home may offer some great benefits for your overall well-being.

Nude workouts allow you to examine your body and come face-to-face with yourself, exactly how you are.

According to some research, spending time naked may help increase self-esteem and body image and, in turn, improve life satisfaction.

How does working out naked benefit you? Let’s break down specifics.

When you take all your clothes off for exercising, it is way easier for sun rays to penetrate. Sunbathing causes the body to produce vitamin D, which supports bone and muscle health. Furthermore, this vitamin stimulates the production of serotonin, the hormone responsible for regulating mood.

Exercising naked, according to experts, allows your body to be more flexible during a workout. Clothes tend to stifle the body, thus not allowing it to fully stretch. Furthermore, by training naked, the skin can be oxygenated more, and rashes caused by friction can be avoided.

READ ALSO:   5 Healthy Snacks You Can Try This Christmas

Human skin needs air to breathe and by always covering ourselves with tight clothing, especially made of synthetic materials, we interrupt this process. Thus, exercising naked, which is also a time where you release more toxins than normal, is great for letting go of all that without impeding the process.

Exercising without clothes allows muscle groups to improve their strength without being confined in training clothes. This promotes great blood circulation throughout the human body.

According to health experts, sunlight exposure on the testicles increases testosterone levels by up to 200%.