Last night, TV3 Date Rush reality show took a new dimension as they introduced a new style to spice up the most watched television show in Ghana.

TV3 decided to bring some celebrities who came to the date rush show not find love but to find a luck male of female participant to help in a charity donation.

In another way, the luck male or female participant gets a date with the celebrity.

Elikem kumordzie, an award-winning actor and fashion designer came on and show and chose Rose out of the 10 beautiful girls.

Unfortunately, Rose could not accompany the celebrity to the Autism home, where the donation was made.

The show whole mood changed when mental health advocate, Abena Korkor Addo made a terrific appearance on the stage.

She donned beautiful shiny black skin-tight short dress and the ‘Everlasting’ song playing at the background complimented her dazzling entrance.

Abena Korkor gave a slow motion cat-walk and gave a 360 turn around to flaunt her curvy shape and backside.

She displayed her dancing skills, shook her big bum small before exchanging pleasantries with the 10 guys.

While all this was going, the 10 guys were in a different world after seeing Abena Korkor displaying her banging body on stage.

They might have seen her sexy and banging body in photos and videos but this time it was ‘feeli feeli.’

All the 10 guys were filled with awe as they short words to describe media personality.

Well, Abena Korkor ended up choosing Koffie who accompanied her to Ghana Psychiatric Hospital in Accra to make the donation. 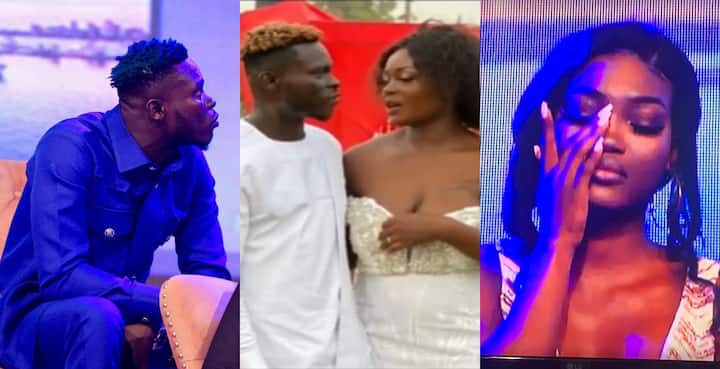 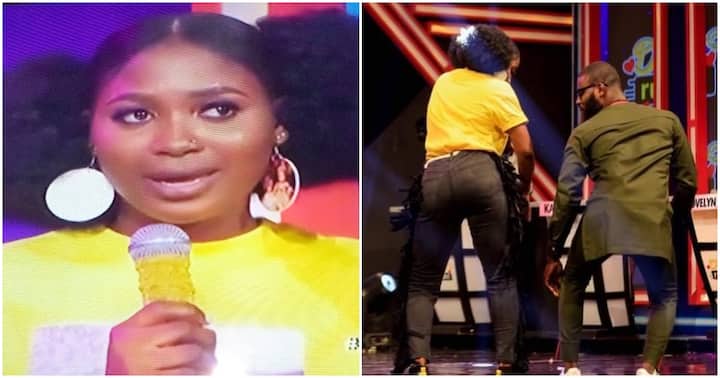 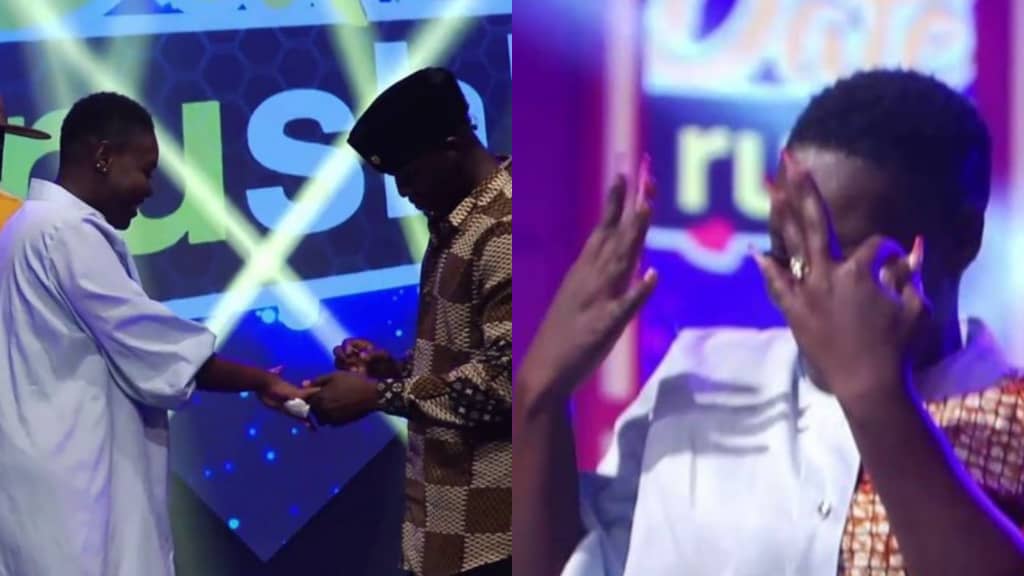