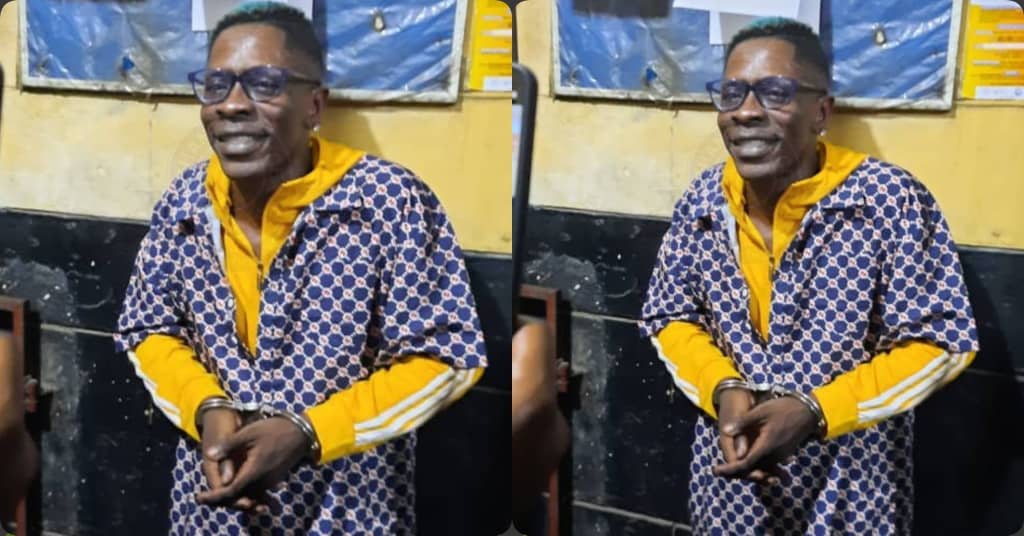 Dancehall musician Shatta Wale is expected to appear before court this morning.

He was arrested for spreading false information and also causing fear and panic, according to police preliminary investigations.

In previous reports the artiste, born Charles Nii Armah Mensah Jnr, turned himself in after the police had declared him wanted.

Three others, including the pastor whose prophesy he blamed for his fabricated story that he had been shot on Monday night.

On Wednesday, October 20, the police’s Acting Public Affairs Director, DSP Alexander Obeng indicated that the suspects were going through the necessary processes ahead of their prosecution.

THIS IS TRENDING:   Prophet Kofi Oduro Mocks Prophets Who Couldn't Prophesy On The 31st Night (Video)

He hinted that the charges that were expected to be charged and processed for court in line with the security service’s modalities.

Later today, the self-styled Dancehall King will be arraigned together members of his management team, Eric Venator and Kojo Owusu Koranteng.

Born Charles Nii Armah Mensah Jnr, Shatta Wale explained that he undertook the action on the back of a prophecy by Bishop Stephen Akwasi, who predicted his death.

In a viral video, the founder and leader of New Life Kingdom Chapel International noted that Shatta Wale would lose his life on October 18, similar to that of South African reggae artiste, Lucky Dube, who was shot on October 18, 2007.

THIS IS TRENDING:   'Young Rich Nigga' Cruises In Dubai In Grand Style

Shatta Wale stated that he felt his life was under threat, for which reason he vowed that until security agencies step up to address such threats, his whereabouts will remain unknown.

The pastor in question, Bishop Stephen Akwasi, popularly known as Jesus Ahuofe, was picked up by Police on Tuesday, October 19.

THIS IS TRENDING:   I Spend GHC2K On Just My Looks And Dress For Events - Sefa

THIS IS TRENDING:   Abeiku Santana Donates GHC1k To Ghanaian Nurse Who Delivered A Pregnant Woman In The Middle Of Road