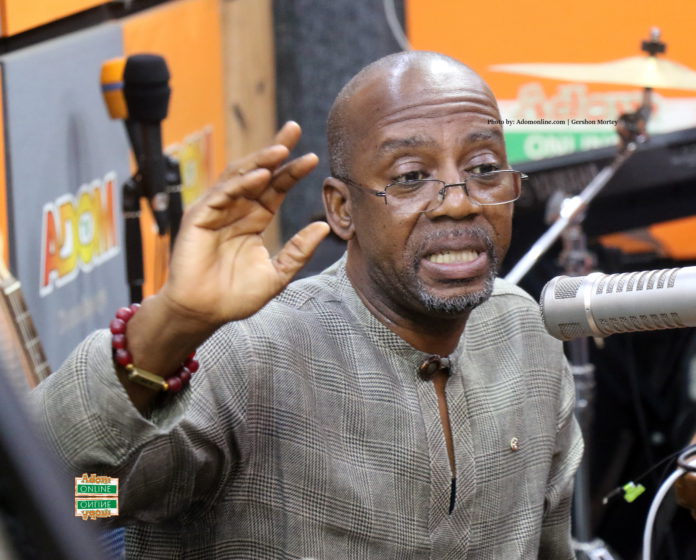 According to him, the ‘Melissa’ hitmaker had over ¢30,000 in royalties. That, he said, is the highest amount of money GHAMRO has given out in its history.

Speaking on national broadcaster GTV’s Tuesday morning, Rex Omar said Shatta Wale has not received his money because his team has failed to provide the needed account details.

“We did a distribution in December, and Shatta Wale was the highest earner. We spoke to his management to come and give us his account details so that we can send the money to him. We don’t know who to pay it to because we don’t have his details.

“The checks are signed prepared, either his management or he, himself, come for the check or give us account details so that we can transfer the money into his count, and he hasn’t done that,” he told Kafui Dey, host of the show.

Rex Omar’s comment comes days after Shatta Wale lamented about the failure of the Ghana Music Rights Organisation (GHAMRO) to pay him his royalties.

According to him, the money he has made from music comes from streaming platforms, concerts, and foreign royalty collection bodies he is signed to.

Taking to Twitter on Thursday, Shatta Wale wrote, “our work as musicians or let’s say the creatives is sad in Ghana, but the players of the game will tell you they can’t speak (because) they don’t want people to insult them. Me, I’m hungry; I want everyone to insult me… I am hungry; where is my royalties? GHANA!!!(sic).”

Our work as musicians or let say the creatives is sad in Ghana but the players of the game will tell you they can’t speak cuz they don’t want ppl to insult them ….

However, Rex Omar says GHAMRO has contacted Shatta Wale’s team on numerous occasions to ensure he gets his royalties, but their efforts have not yielded any result.

He noted that as long as the money belongs to Shatta Wale, it would remain there for him.

“GHAMRO has not been operating up to, let’s say, 100% as the way it is supposed to, but it is a work in progress. So, Shatta, your money is still at GHAMRO; bring your details so that they can pay your money to you, then start to hype GHAMRO so that it can do a lot for you,” Rex Omar said.

DJ Cuppy Reveals Why She Regrets Pursuing A Third Degree